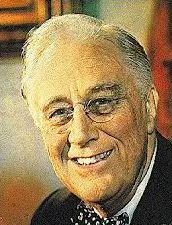 Quick: Which president did Abraham Lincoln most admire? The answer may surprise you.

Most Americans do not remember most presidents or their achievements. Some presidents are remembered for grand failures, such as Herbert Hoover’s inability to quell the Great Depression. Few are remembered the way they wanted to be. Our most beloved presidents forged such compelling stories of their presidencies that we love retelling them.

For example, George Washington entered office understanding there “is scarcely any part of my conduct which may not hereafter be drawn into precedent.” From delivering his first State of the Union in a letter to Congress to his decision to voluntarily step down after two terms, Washington presented himself as a model for subsequent presidents to follow. To this day, Americans are often reminded how, “as a parting friend,” Washington warned in his Farewell Address of the dangers threatening the republic’s survival.

Abraham Lincoln and Franklin Roosevelt cultivated how the public viewed their legacies. Their oratory was central to this effort, capturing in memorable words the central constitutional commitments driving and defining their presidencies — Lincoln’s “new birth of freedom” and FDR’s New Deal. Their stories inspired subsequent presidents to extend their legacies, as in Lyndon Johnson’s Great Society programs, especially the monumental 1964 Civil Rights Act.

In contrast, many presidents failed to forge narratives inspiring subsequent generations to remember, much less invest in, their legacies. For example, Jimmy Carter achieved most of what he wanted to do as president. He reformed government ethics and negotiated a peace accord in the Middle East. Though he enjoyed Democratic majorities in Congress, he did not inspire allegiance or enthusiasm, even within his own party.

Carter’s failure to construct a compelling presidential narrative doomed his administration. On July 15, 1979, he delivered a speech designed to reverse his sagging popularity and spur support for major energy reform, but it did neither. It was a disaster, delivered in a lifeless monotone, blaming government dysfunction on a “crisis in confidence” among the public, and beginning with Carter reading criticisms of himself — from his supporters.

That Carter was crushed in his re-election bid by a man known as the Great Communicator was no accident. Ronald Reagan understood how to use the media to his advantage.

Whereas Carter was prone to preach to his constituents and members of Congress, Reagan satisfied Americans’ desire for a strong, confident leader who treated them with respect and spoke to them as equals. Carter’s self-image of a good man determined to fix serious social problems was far less compelling than his critics’ version of him as a weak, ineffective leader.

Much like Carter, President Obama has allowed his critics to define his presidency, despite such achievements as advancing gay rights.

şNow is the time for Obama to take his image back from his critics and define his legacy. If he doesn’t, he risks the fates of two other presidents who battled Congress.

In 1849-50, Zachary Taylor derided Congress when it refused to enact his plan to admit two antislavery territories as new states and stalled his appointments in retaliation.

Though Taylor responded to the gridlock with a record number of recess appointments, he is forgotten, as he died 15 months into his term without any positive achievement to celebrate.

Nonetheless, Lincoln credited Taylor more than any other president for his “political education.” Lincoln admired Taylor’s leadership as a general who always managed to triumph against the odds and for calmly but firmly pushing his plan, which would have tipped the balance of power in Congress against slavery.

Obama, like Harry Truman, campaigned against a do-nothing Congress. While Americans remember Truman’s surprising comeback to win the 1948 presidential election, they do not remember the executive orders he used to get around Congress, including desegregating the American military. Battling Congress isn’t a positive achievement if it doesn’t lead to enduring outcomes, and executive orders last only if other presidents maintain them.

Obama should use his last two years in office to finish making his case to history about the good he has done and why his orders and other achievements are worth extending. If he doesn’t, then whoever writes the narrative of his presidency can include that failure, too.

Michael Gerhardt, a University of North Carolina School of Law professor, is the author of “The Forgotten Presidents: Their Untold Constitutional Legacy.” He wrote this for the Philadelphia Inquirer.