Cohen focuses on I-85 economic effect in commissioner bid 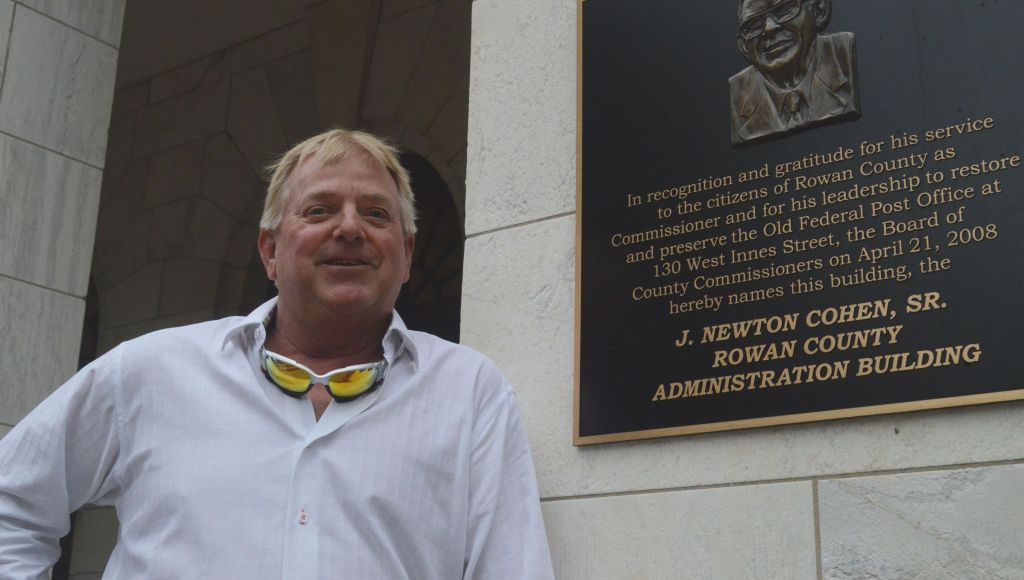 Editor’s Note: The is the last article in a series about candidates for Rowan County commissioner, their priorities and their stands on specific issues. The Post ran the articles each Tuesday and Thursday.

By Josh Bergeron
josh.bergeron@salisburypost.com
In his bid for county commissioner as an unaffiliated candidate, Chris Cohen is focused on the potential of Interstate 85 to boost Salisbury’s economy.
Cohen is the owner of Cohen Roofing and Metal. He was born in Rowan County and graduated from West Rowan High in 1975. He attended Rowan-Cabarrus Community College and North Carolina State University before returning to run his family business.
He previously ran for county commissioner in 2010 as a Republican, garnering just over 1,500 votes and finishing seventh in the 2010 party primaries. He’s also got some family history on the Rowan County Board of Commissioners, as his uncle J. Newton Cohen was previously the chairman.
In describing his priorities, Cohen talked extensively about utilizing I-85 as a tool for growth and described other, surrounding municipalities as an example of how Salisbury hasn’t kept pace with its neighbors and even declined slightly.
“25 years ago, the streets of Salisbury and the shops in Salisbury were full,” he said. “This was a lively little town. It was the bright spot in between Greensboro Charlotte and Winston-Salem.”
When using the 25-year comparison, Cohen said Salisbury far outpaced cities such as Mooresville and Concord.
“If you go look at Salisbury today, they look like Salisbury 25 to 30 years ago,” he said. “The big difference is in those counties, those county seats and those big cities of Mooresville and Concord, they open their doors to outside investors. Salisbury closed the doors.”
To turn around the trend, Cohen used service roads down each side of I-85 and an events center near the fairgrounds as potential projects that could boost the local economy.
“If we get them off the interstate, they’re going to find the other jewels within this county,” Cohen said. “If we would put a little events center there, we could get a lot of activity being right off of the interstate. That’s a huge draw for anybody that wants to do a trade show or say a high school basketball tournament.”
He said one problem with the current group of county commissioners is a lack of infrastructure development.
“As a county, if we don’t invest in our infrastructure, why should a business come and invest in it?” Cohen asked.”
With the future of the former Salisbury Mall, now West End Plaza, undecided, Cohen said he thinks the purchase was a good idea and could turn out to be a smart investment, especially when considering the building cost. Though, he said the commissioners may have been able to purchase it at a lower cost than the $3.4 million.
“I thought it was a good buy,” he said. “It’s like a cheap stock. It makes sense to save taxpayers money when you can buy something at $10 per square foot and renovate it for $40 per square foot.”
He said filling the mall with government services could be a good idea, especially when considering services described as possible tenants.
“The mall has a crescent moon around it of subsidized housing,” he said. “Who uses government services, but people in that area of subsidized housing. Those are the people that go to the health department; those are the people that go to social services; those are the people that need Tsunami Development, at risk kids.”
Despite potential, he said the commissioners could have done a better job of communicating with Rowan County residents about plans for the move.
Creating a county-owned water system could also take center-stage when the new commissioners take their seats in December, as a feasibility study is underway. Cohen said he is in favor of a feasibility study, but would only support proceeding with the system’s construction if passed by voters in a bond referendum.
“I’m just not going to do it and slap a fee on the people to pay for it,” he said. “If you’re looking at it, you’re going to have to build new water and sewer plants, intake, sewer disposal, you’re probably looking at something that’s going to cost $100 million plus.”
Despite a potentially high cost, Cohen said it’s always important to look for future improvements.
Contact reporter Josh Bergeron 704-797-4246