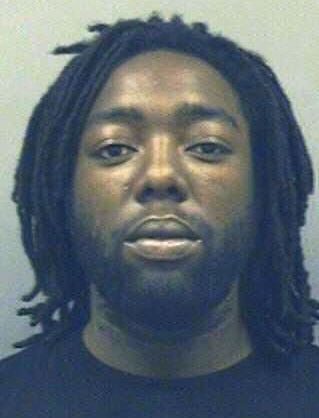 Two Salisbury men were convicted last week of multiple felonies and admitted their status as habitual felons.
William Edward Neely was convicted in Rowan County Superior Court of felony larceny and felony fleeing to elude arrest with a motor vehicle. Judge Anna Mills Wagoner sentenced Neely to a minimum of 58 months and maximum of 82 months in prison.
Neely’s previous felony charges include possession of a schedule two controlled substance, sell or deliver cocaine and possession of cocaine, according to a news release sent by the Rowan County District Attorney’s Office.
Neely’s latest charges stem from a July 7 incident when Salisbury police officers were conducting a license check point at the intersection of Brenner Avenue and Standish Street, the release stated. Neely allegedly sped through the checkpoint and reportedly nearly hit an officer, the release said. Officers caught up to the vehicle after it crashed at 80 mph.
The second Salisbury man convicted was Labryan Dion Hawkins. Hawkins was convicted of felony possession of a firearm by a convicted felon; felony possession of cocaine with intent to manufacture, sell or deliver; felony maintaining a vehicle, dwelling or place for controlled substances; felony possession of a stolen firearm and misdemeanor offenses.
Wagoner sentenced Hawkins to a minimum of 42 months and a maximum of 63 moths in prison. Hawkins also received a consecutive term of a minimum of 14 months and a maximum of 26 moths.
Hawkins’ previous felony convictions include possession of cocaine, trafficking cocaine and fleeing or eluding arrest with a motor vehicle, among other convictions, the news release stated.
The offenses that Wagoner convicted Hawkins of this week stem from several different incidents, which occurred on Feb. 27, 2013, in October 2013 and on Sept. 18, 2014.
In response to the convictions, Rowan County District Attorney Brandy Cook said she appreciated the joint efforts on behalf of her office, law enforcement agencies and probation and parole in removing repeat offenders from the community.
Contact reporter Josh Bergeron at 704-797-4246