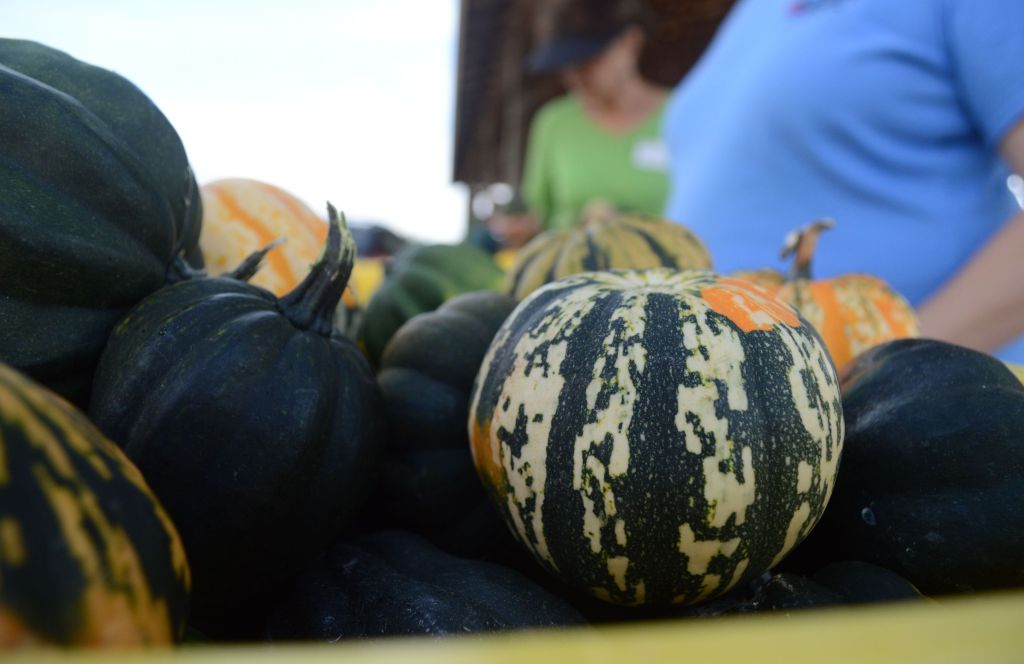 Workers at the Piedmont Research Station are looking to save farmers money and boost the number of locally grown squash available for fall festivals.
The research station planted multiple varieties of winter squash directly after strawberry harvest, using used plastic covering for the plants and other materials.
Piedmont Research Station Superintendent Joe Hampton said the study could greatly reduce costs to farmers, depending on how tests go. It’s the first year the research station has examined the idea.
“The idea is that farmers can use their resources an additional time, which reduces the cost per unit,” he said.
He said that on one acre of land, farmers could spend $8,000 to $10,000 on materials alone.
Danielle Cutting, a local food and horticulture agent with the Cooperative Extension, said the study went well but needs additional attempts. Cutting said the station plans to continue the squash study next year.
“Some of them have done very well and some not so well, but it was to see which varieties would perform,” Cutting said. “They definitely had some disease problems. We determined that yes it works, but we still have to decide whether it’s worthwhile for the farms to do it.”
The squash were planted in mid-July. The first harvest was Sept. 18.
Besides a cost benefit, Cutting said growing squash immediately after strawberries could help with fall festival activities at local farms. She said some Rowan County and nearby farms buy squash for fall festivals rather than growing their own.
“Most of them are not growing their own,” she said. “It might be a better option than having to buy and re-sell, because that’s what farms are doing now. They are buying all of their product and having it shipped in.”
After looking over results, she said the research station may plant the squash at an earlier date next year to see if they grow larger and are more resistant to diseases.
One of the diseases that affected this years crop was powdery mildew, which like its name creates pale-white blotches on the plant’s leaves.
Pam Jones, a horticulture agent in Davie County who is helping with the squash study, said the research station is also analyzing shelf life. At 30, 60 and 90 days the station will cut open a squash and conduct a sugar test. Some squash will be stored at room temperature. Others will be stored in a refrigerated environment.
Besides analyzing how the squash looked after harvest and shelf-life tests, the research station also enlisted the help of Rowan County’s master gardeners. The master gardeners were at the research station on Friday and helped to test the sugar content and weight of the squash. Master gardener Randy Cox said the group tested 10 varieties of acorn squash and 10 varieties of butternut squash.
“It was interesting to test all of the different varieties for sweetness, because I was just used to a few varieties,” Cox said.
The gardeners also helped to round up squash for a soup that will be presented at an Oct. 8 workshop at the research station. The workshop is open to the public.
Cutting said the research station would also talk about results of its study at the workshop. She said 10 to 12 people had already registered for the workshop and some of the butternut squash was sent to the N.C. Research Campus in Kannapolis to test the nutritional value.
Contact reporter Josh Bergeron at 704-797-4246