The alarm is sounding 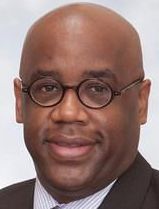 In a pivotal scene from the 1988 Spike Lee movie, “School Daze,” the main character pulls hard, ringing a bell, while exhorting those within the sound of his voice to “Wake up!” The scene fades to black as he looks pensively into the camera and softly pleads, “Please wake up.” The scene closes out with the ringing of an alarm clock.
It’s a powerful scene if you’re willing to understand the intent, instead of pushing it aside because it doesn’t look like you or impact your zip code — yet.
The alarm on the clock in Salisbury should be worn out by now and the citizenry sleep-deprived with all the crime and violence that routinely occurs here. Many of us would rather operate in a catatonic stupor fueled by an antiquated black-and-white TV approach than acknowledge problems and try to solve them with a HD-TV solution.
Crime is inevitable, but awareness and response don’t have to be lacking. It’s easy to rationalize that shootings of unarmed citizens can only happen in faraway lands like Columbia, S.C., California, New York, Florida, Louisiana, Oregon, Arizona and Ferguson Mo, But those incidents still color the picture and impact relationships right here in our own communities. Whether you’re solving for X or adding two small numbers, I can find the correlation between what I see on TV almost weekly now and what could potentially occur here. The math is not that complicated.
I’m not dismissing the need for personal responsibility or accountability. What I’m advocating for is we stop engaging in distractions. If it’s your job to protect and serve, then do it willingly and effectively or paint over it on the side of your patrol car door.
There is an inherent mistrust between the black community and law enforcement here and across our nation. Repeated showings of an officer’s merciless beating of a homeless woman to the tune of a $1.5 million settlement, the shooting a cooperative, unarmed man for complying after a seatbelt violation and other examples filling the 24-hour news cycle further erode that trust. If you need additional examples of why there is a trust divide, Google these names: Jonathan Ferell, Sean Bell, Orlando Barlow, Aaron Campbell, Walter Steen, Steven Washington, Alonzo Ashley, Wendell Allen, Ronald Madison, James Brissette, Kumani Gray, Kenderic McDae, Timothy Russell, Ervin Jefferson, Amadou Diallo, Patrick Dorismond, Ousmane Zongo, Timothy Stansbury, Tavares McGill, Ramarley Graham, Michael Brown and Oscar Grant.
This is a short list of those who found injustice at the end of an officer’s gun. With these numbers alone, we should be springing into action like the CDC did with the one Ebola virus case in Texas. But, because we’re all not fully awake, we shrug it off. The familiar retort is, “What about all the black-on-black killings in Chicago?” I say pull some of our military out of Afghanistan and invade Chicago, Louisiana and any place where crime is rampant.
It’s easy to attribute it to the failings of a few rotten police eggs and wag a finger at critics for not recognizing the good of the whole and the sacrifices they make. That’s a stall tactic whch will be used as kindling to stoke the fires in the streets burning hot enough now to cast a bright light on how far apart the two giants really are. The good guys are of little comfort to those who have been assailed for walking or driving while black. I’m sure they would hope the good ones would leap out from the shadows, but it has never come to fruition in any of the videos I’ve seen on CNN. So I have to focus more on “what will happen” instead of “what should happen.”
Minority residents have repeatedly said they want officers to know and respect the populations they serve through increased presence, social interaction and cultural diversity training. That’s not happening, and there appears to be little value or respect for certain lives as it manifests at the end of a gun, flying fists or a weighted baton. There is a serious communication disconnect and divide that between the two entities in our city, too. I’ve enjoyed conversations with our chief and other city leaders where we’ve brainstormed solutions, but intermittent interactions and taking a bowling ball approach to building the relationship is not the answer. You can’t roll a solution at the problem and hope the answer lies in one of the pins that may or may not fall.
When the geographic distance lessens and anger seen on the nightly news seethes and spills over the flimsy, weak underpinnings of unfulfilled promises, efforts to build cohesion, productive communication and allies will be drowned out and met with resistance, silence and refusal. The refrain repeated so often in domestic war zones, “I didn’t think it could happen here,” will drip from the lips of many in this quaint historic burg.
I implore our city leaders to wake up and heed the alarm. For all others who sit in judgment masked in quiet consternation, I offer a softer, “Please wake up, too.”
Kenneth Hardin lives in Salisbury.