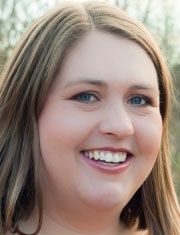 For her first book, Emily Kiebel took off on a fantasy, with her main character a siren.
Not the whoop-whoop-whoop siren, but the siren of legend, who sang sailors to their deaths in the sea.
Kiebel, who has lived in Denver, among other places, now lives in Wilkesboro, where she works for Lowes home improvement in logistics. She’s also very musical, and her character, a young siren named Lorelei, is a very talented musician.
Apparently, that’s where the similarities end.
Lorelei’s world is rocked by tragedy, and she goes to live with a distant aunt and cousins in Cape Cod. This is where she discovers her true nature, much to her surprise, and where she makes the worst mistake a siren can make — she saves the life of a sailor she should have let drown.
This fantasy is set in the present era, creating a few problems for the author, but she wanted to create a book geared to young adults and make it contemporary.
Kiebel studied English in college. “I thought I was going to be a teacher. I never considered being a novelist. A few years ago, another friend was writing a novel and we started working together on our books.” She has always enjoyed writing, but “I never thought about taking on an actual novel.”
Once she started, she wanted to incorporate music in the novel some way. She has sung professionally and studied music, so it was easy to make that part of the story.
At Lowes, she works with maritime shipping, so there’s a lot of the book that takes place at sea. “All of my experience sort of came together,” she says.
She’s already mapping out a sequel, hoping for a trilogy. She’s introduced other creatures, including a valkyrie, part of Norse legend. Valkyries are female figures who choose who dies in battle and who survives. Keibel is creating a pretty tough world.
Nevertheless, the book is geared to young adult and adult women, between the ages of 14-25. “It has a hint of romance, some action,” Kiebel says. It took her about a year and a half to write, another half year to edit, and then there was the time spent looking for an agent and publisher. “It’s a really hard thing to do.” Once she had signed on with a publisher, it took another year to get the book into print.
The company, Sparkpress, has the right of first refusal for her second book, which is not a promise to publish it, but an agreement to give them first crack at it.
“I think it’s been a really interesting experience, something I didn’t realize was so involved. … But if you have a story you want to tell, you should go for it, if you’re willing to put in the hours.,” Kiebel said. Having a writing partner helped her. She trusted the partner’s criticism and took it to heart.
Kiebel, who moved from Denver, Colo., had her first signing there. “I did a reading and sang a song from the book. It’s nice to see it in print and on the bookstore shelves.”
She will sign books on Saturday, Oct. 11, from 11 a.m.-1 p.m. at Literary Bookpost & Just the Thing at 110 S. Main St., her second signing.