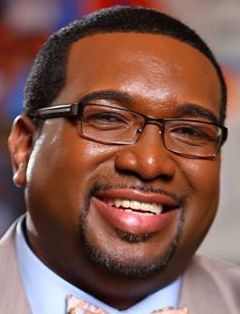 Rowan-Salisbury’s assistant superintendent of administration and athletics has resigned.
Nathan Currie, who has held the position since 2012, resigned effective Oct. 1, according to Rita Foil, the district’s public information office.
Currie spent over a decade as a teacher and administrator in the Rowan-Salisbury School System.
Currie served as a fifth grade teacher at Hanford Dole Elementary School from July 1999 until 2005, when he took a position as an assistant principal at North Rowan Middle School.
From April 2007 until September 2008, he left the district to be the director of minority achievement and special programs for Duplin County Schools.
He returned to Rowan-Salisbury to become the principal of Isenberg Elementary, and transitioned into the assistant superintendent role in January 2012.
Currie is a Livingstone College graduate, with a bachelor’s degree in elementary education, and student taught at Knox Middle School and Henderson Independent High School.
He also received his master’s degree in administration and supervision from the University of Phoenix.
Foil said the resignation was voluntary, but could not share why he decided to resign.
Currie could not be reached for comment.
The position will be listed as “assistant superintendent for support services,” and district staff will release a hiring timeline early next week.