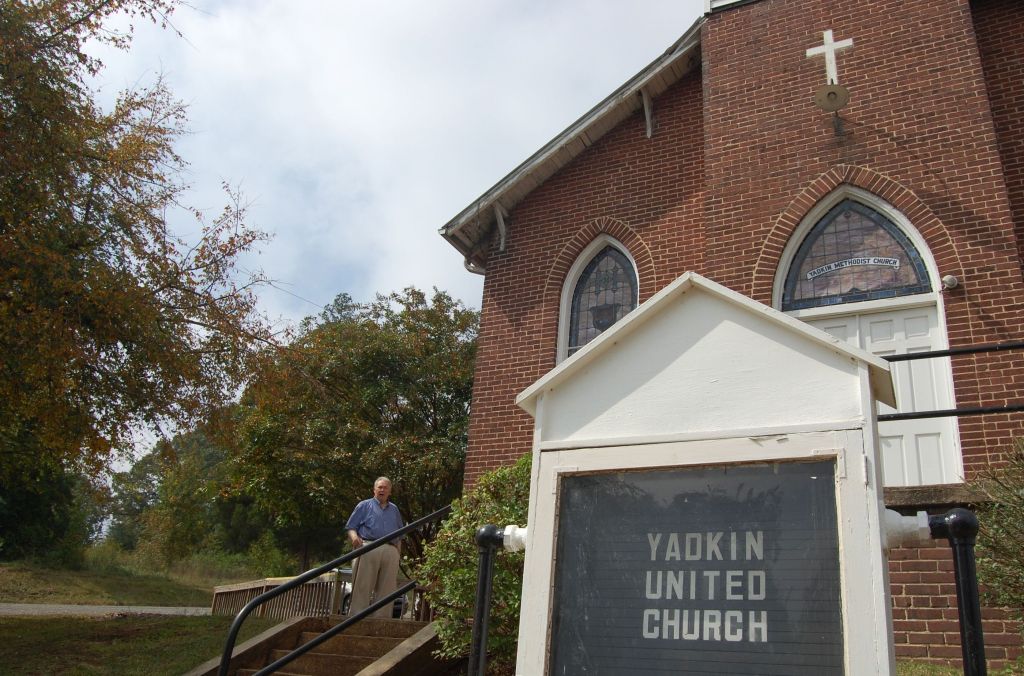 SPENCER — One man is trying to bring history to the forefront along the Yadkin River.
Gary Hauze, a retired pastor, is working to have a museum built near the grounds of the demolished Color-Tex plant. The museum, he said, will tell the long story of the area along the river.
There is a lot of history, according to Hauze, who calls himself an amateur historian. He spoke of the Saponi and Catawba groups, Native Americans who lived along the river. He mentioned the Spanish explorations in the Carolinas in the 1500s. There are Revolutionary War and Civil War sites nearby too, he said. And, of course, the history of the textile industry is in the area.
“I honestly know of no other place that has that much history, not just right here but going up and down the river,” Hauze said.
Hauze didn’t want to reveal a lot about his plans when he spoke to the Post Wednesday, but, he said, “Things are falling into place.”
Hauze said he has been reaching out to prominent individuals around Rowan County, asking several of them to be part of a board that will guide the development of the museum. He has also been working to raise money for the project and is searching for people who have artifacts that could go in the museum.
“I like to get involved and make things happen,” he said.
Hauze said he is in the process of purchasing about 3 acres of land along North Salisbury Avenue. The property is across the road from the demolished plant.
The land used to be home to a mill village where workers at the former N.C. Finishing Co. lived. A church, now called Yadkin United Church, was built for the mill workers in 1930. Hauze has been working with the church since the beginning of this year to help grow membership after it was decommissioned last year by the United Methodist Church.
As he spent time learning about the history of the area, Hauze, who is originally from Pennsylvania but graduated from Catawba College, said he realized a museum would be great a way to showcase the historical aspects of the region and could also be a catalyst for development in the area.
Hauze said Sherrell Hedrick, a member of the church, has been partnering with him to buy the property.
Spencer Mayor Jody Everhart said he has talked with Hauze about the plans for a museum. He said the town would welcome it, but that a lot of work needs to be done. For one, the proposed site would need a special-use permit from the town because it is currently zoned for industrial use.
“I have never backed away from a fight that needed to be fought or a challenge that needed to be issued,” Hauze said.
Hauze hopes the board for the “Yadkin Historical Museum Foundation” will have its first meeting in January, and he wants construction on a museum to start by June 2017. If the project gets going, Hauze said, he would like to see the museum completed by the end of 2020.

Anyone interested in getting involved can reach Hauze at gchauze@yahoo.com