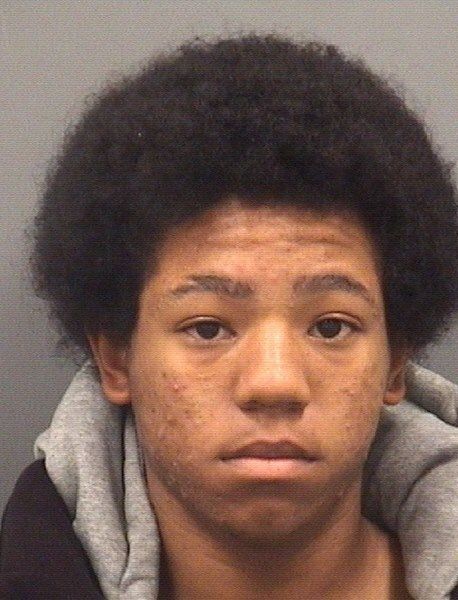 SALISBURY — A police chase of a stolen van led to the apprehension Wednesday night of a 16-year-old driver after the van hit a telephone pole near the corner of Messner and West Bank streets.
Salisbury Police charged Marterius Azende Robinson, of the 600 block of Laurel Pointe Circle, with receiving or transferring a stolen vehicle, fleeing to elude arrest with a motor vehicle and having no operator’s license.
The arrest occurred about 9:34 p.m. Wednesday. Robinson, identified as a student, was placed under $25,000 secured bond.
Police reports say a Salisbury Police officer observed a 1998 Honda van operating with no lights and without a license plate. The van made a quick turn in front of the officer’s vehicle at Partee and Monroe streets, and as the officer tried to stop the van, it kept going, turning onto Grim Street, down West Bank Street and, as it attempted a left turn at Messner, hit a utility pole.
The driver was by himself, and police soon determined that the van had been reported stolen.