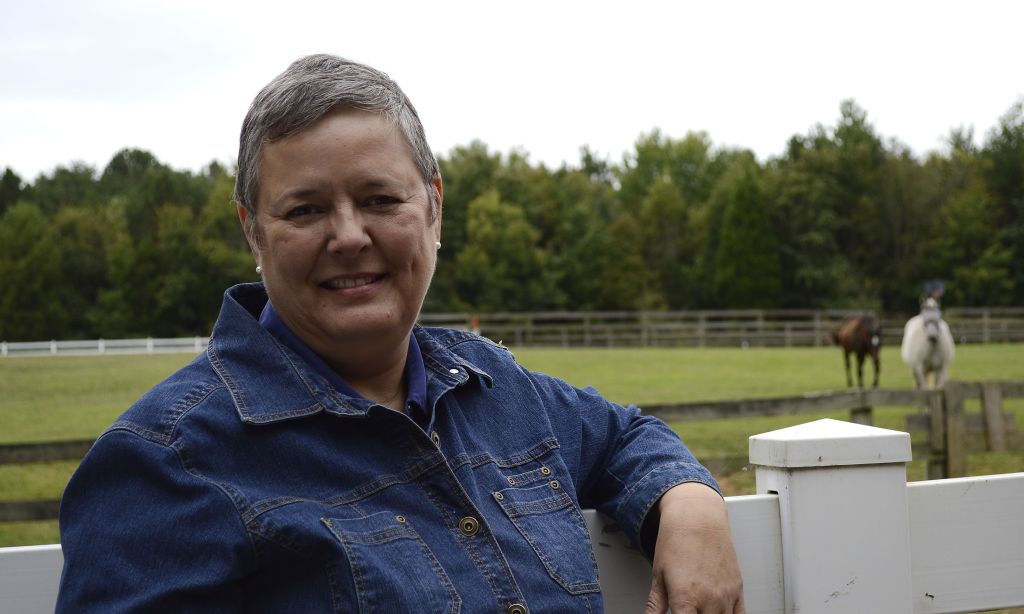 County commissioner candidate Judy Klusman is reviving her political career for the Salisbury Mall.
Klusman, a registered Republican, served six terms in the Wisconsin General Assembly, at one point becoming the assistant majority leader.
She said a multitude of issues played into her decision to run, but the Salisbury Mall purchase was the final straw.
“As a businesswoman, I truly believe they paid at least $2 million more than they needed to,” she said. “The way they did it, pulling the money out of our fund balance which is supposed to be saved for true emergencies, was unconscionable. If people ran their household the way our current commissioners are running our county, they would have a credit card debit that was through the ceiling.”
Klusman’s story begins much earlier than the Wisconsin General Assembly and certainly earlier than the 2014 Rowan County Board of Commissioners’ race.
She was born in Meenah, Wis., and lived most of her life on a family dairy farm. She eventually went on to become a dairy farmer and received various awards for her work.
“Mostly, I loved the farm because of the animals and the opportunity to help teach children from the city how their food really is made and gets to the store,” Klusman said.
Her move to Rowan county began, in part, when her two sons decided not to take over the family farm.
Klusman left the Wisconsin state legislature for the ministry in 2000 after serving for 12 years.
She pastored several churches in the midwest, she said, before moving to Salisbury to work with the North Carolina Synod of the Evangelical Lutheran Church of America in 2007.
She said her experience in the Wisconsin General Assembly is similar to being on the Rowan County Commission in most ways.
“At the state level, the budgets are just in the billions and at the county level they are in the millions,” she said.
Aside from the former Salisbury Mall, she described her other priorities as “one big circle” — three issues that are interrelated. Her circle of priorities consist of education, jobs and poverty.
“If we don’t have education to bring the jobs then we’re going to be stuck in those low paying jobs,” she said. “We’ve got to raise our education levels, make sure we’re trained for the future jobs, which will really entice businesses to come here and then to really address the poverty issue. So, we can all be a part of success.”
When describing business recruitment, Klusman said she witnessed instances where commissioners chased off industry.
“I call it rolling out the red carpet,” Klusman said. “We need to be seen as a community that works together rather than infighting, rather than spending time on issues that end Rowan in the national news and not in a positive way.”
If elected to the board of commissioners, Klusman could have a say in the future of the Salisbury Mall. Though she didn’t like the process that led to the mall’s purchase, she stressed that commissioners need to adequately assess the structural integrity of the space.
“Is it really worth putting in all of this money, and it’s going to be millions,” she said. “We need to have a commercial inspector to come in that understands buildings that were built in that era. We need to have the concrete checked and the roof leaks like a sieve.”
Even if leaks are stopped and the roof is replaced, Klusman wondered aloud how much mold could be inside of the former mall.
If there are structural issues and the cost to renovate is pricier than commissioners expect — Klusman used $30 million as an estimate — a new building could be a cheaper option, Klusman said.
Building a county-wide water and sewer system could also be a big decision for the next crop of county commissioners, as a feasibility study is underway. Klusman said she hadn’t done extensive reading and research on the county’s plans for a water system, but said it’s another idea that hadn’t been thoroughly thought out.
“This was another idea that I think was sprung on the citizens, the taxpayers, of this county,” she said. “Like so many things, I don’t think that there’s a real plan.”
Contact reporter Josh Bergeron at 704-797-4246