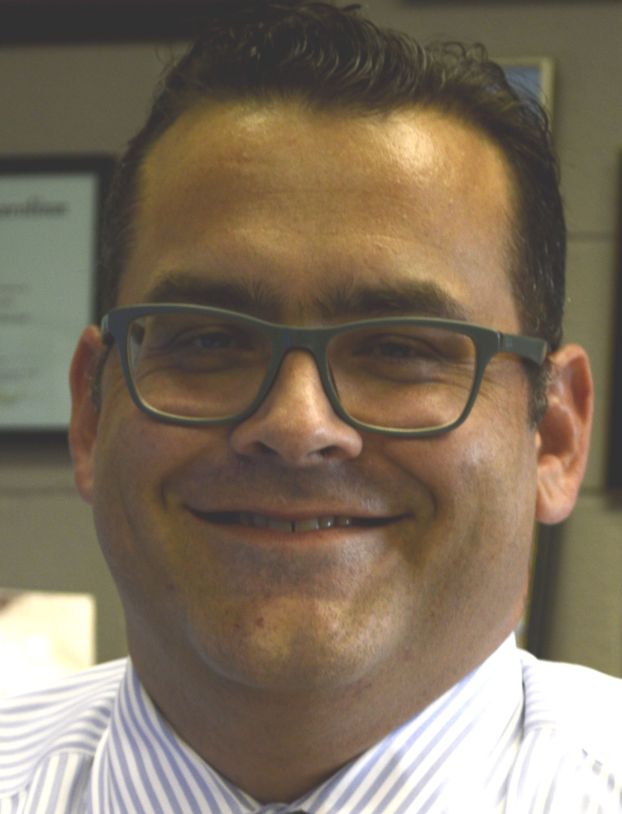 The first portion of the change in Rowan County government leadership began Wednesday with new County Manager Aaron Church’s first day on the job.
The next major leadership change will come in December, when three new county commissioners are elected.
The former manager of Yadkin County, Church’s first day began about 7 a.m., when he got to work. One of his first tasks was reviewing letters and notes from former county manager Gary Page about ongoing projects.
“He left things in a very neat, orderly fashion,” Church said about Page.
The largest, most controversial topic that Church could face is filling out space at the former Salisbury Mall, if the Salisbury City Council approves a special use permit next week. Rowan County withdrew money from its fund balance — a sort of savings account — to pay for the mall’s purchase.
Rowan County is still waiting on a decision from North Carolina’s Local Government Commission before being able to take out a loan to replenish the money spent on the mall.
The county is also awaiting a feasibility study on a county water system.
Another project is a professional development plan for all county departments. Last month, commissioners approved a plan for a select few departments that previously had plans in place.
Regardless of the work, Church said he’s excited to get started.
“I’m really excited about the whole thing — living here, working here, getting to know the citizens, department heads and just folks in the community,” he said.
One of his goals is to have lunch or breakfast with every Rowan County department head.
“Sometimes, breaking bread with folks is a good way to start out and to get to know them on a personal level — who they are and what they do,” Church said.
Aside from department heads, Rockwell residents may be the first people to get to know Church.
Church said he’s already a Rowan County resident and chose a place near Rockwell to live with his wife and children.
By noon, Church had already put up several different decorations in his office, with a little help from his family. He joked that one of his first tasks was to figure out how to use the phone system.
He encouraged Rowan County residents to come by the administrative building and introduce themselves.
It was a relatively quick transition for Church, whose last day in Yadkin County was Tuesday.
Church came highly recommended from public officials in Yadkin County. Yadkin County commissioners Chairman Kevin Austin described Church as having few, if any, shortcomings.
“I think that the Rowan board knows enough about Aaron that he was on their radar and probably has been for a long time,” Austin said in a previous interview with the Post.
The Rowan County Board of Commissioners chose Church in early September by a 3-1 vote. Commissioner Chad Mitchell didn’t participate in the process because he was a candidate and finalist for the job.