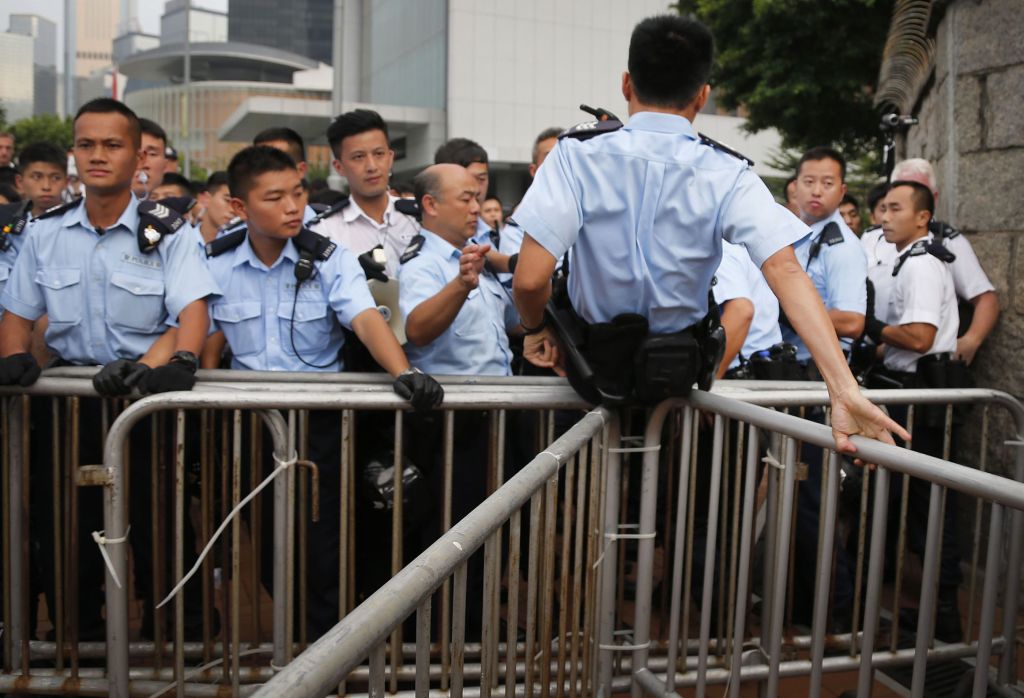 Your daily look at late-breaking news, upcoming events and the stories that will be talked about today:
1. HONG KONG CAUTIONS PROTESTERS AGAINST OCCUPATION
Police warn of serious consequences if pro-democracy demonstrators try to charge or surround government buildings.
2. SECRET SERVICE CHIEF’S SUPPORT VANISHED QUICKLY
Julia Pierson’s undoing was not telling Obama about a Sept. 16 incident in Atlanta in which he rode an elevator with an armed security contractor.
3. DALLAS ER RELEASED MAN WITH EBOLA
Officials at a Dallas hospital are considering if they would have acted differently had the entire medical staff been aware a patient had been in disease-ravaged West Africa.
4. TURKEY CONSIDERS ROBUST ISLAMIC STATE VOTE
The parliament may take up a motion that would give Ankara new powers to launch military operations in Syria and Iraq and allow foreign forces to make incursions from its territory.
5. MINNEAPOLIS FIGHTS RECRUITERS FOR JIHAD
The community and law enforcement officials are on a mission to stamp out terror recruiting in the Twin Cities, home to the largest Somali population in the U.S.
6. WHAT PRESIDENT IS REMINDING VOTERS OF
In a speech at Northwestern University, Obama will let voters know that he hasn’t forgotten about their financial struggles despite focus on foreign policy.
7. LOOK WHO’S BACK HELPING REPUBLICANS
Mitt Romney is campaigning across seven states this week, covering nearly 6,000 miles in five days to raise money and energy for GOP midterm candidates.
8. HISTORY FIGHT COMING TO A HEAD IN COLORADO
A fight in suburban Denver over how U.S. history is taught comes to a head as the school board meets to decide whether to change the rules.
9. A MISTAKE ‘SO PERSONAL’
Two Ohio women sue a Chicago-area fertility clinic after receiving sperm from a black donor instead of the white donor they’d chosen.
10. MORE POSSIBLE WOES FOR NFL
Dallas Cowboys special teams player C.J. Spillman is under investigation but hasn’t been arrested or charged after a report of an alleged sexual assault at a hotel last month.