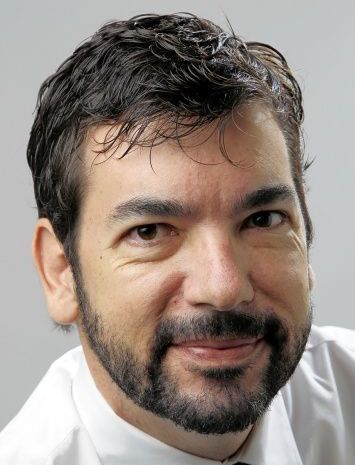 RALEIGH – Asked last week for thoughts on the “state of the state,” the answer I came up with was “unsettled.”
It’s unsettled for various political and economic reasons. For one, it’s election season. With dozens of General Assembly contests statewide and one of the most important U.S. Senate races in the country, it’s been a chaotic couple of months on the airwaves and campaign trails. Get ready for another month of ads before the Nov. 4 vote. It’s also unsettled because we’re just two years into the administration of Gov. Pat McCrory and four years into the GOP takeover of the General Assembly. Many important issues facing North Carolina right now – and major initiatives pursued by the new political majority – are in some stage of legal or legislative limbo. It takes time to make dramatic changes and implement a new political philosophy.

There are the new election laws, which are being challenged in the courts. As of late last week, the possibility remained that this year’s elections would be held under the old law. Plaintiffs challenging the new law argue that its provisions – such as the elimination of same-day voter registration, the shortening of the early voting period and the voter ID requirement (which takes effect in 2016) – hurt black voters and make it more difficult to register and cast ballots.
Also mired in a legal challenge is the new school voucher law. If ultimately upheld by the courts, it would give taxpayer-funded scholarships each year to a couple of thousand low-income students to attend private schools across the state.

Then there’s the economy. Republicans can spout numbers that they say point to economic progress, such as tens of thousands of jobs created by N.C. employers in recent months. Democrats can spew other numbers, such as an increasing unemployment rate over the past two months, that they say show the economy still struggling under GOP leadership.
Meanwhile, the new Economic Development Partnership of North Carolina is expected to take over job recruiting and tourism, film and sports marketing for the state next week. It’s unclear whether the private nonprofit will be more successful than the Commerce Department in bringing jobs to the state and retaining the ones that are here.
Also, at the end of this year’s legislative session, lawmakers remained divided over various types of economic incentives that commerce officials had wanted to help them pursue outside companies. The incentives issue will be revisited in 2015.
Then there’s energy exploration. Rules are being written to guide the new and controversial business of hydraulic fracturing for shale gas, better known as “fracking.” And tests may begin soon to determine how much oil and gas exist off the coast of North Carolina, a possible harbinger of offshore drilling in the future.
There’s also McCrory’s recently unveiled 25-year transportation vision. The plan comes on top of similar studies from previous administrations, which resulted in few, if any, changes in the way roads and other transportation projects are funded here. We’ll see whether McCrory’s ideas lead to significant reforms.

And there’s the ongoing struggle with the management of the state’s $13 billion Medicaid program. Some lawmakers want to remove the program from the Department of Health and Human Services, which has been plagued by problems over the past couple of years. DHHS officials are fighting against that.
I could go on. But with these and other unsettled issues, Jones Street promises to be an exciting place for the next couple of years.
Stay tuned.
Patrick Gannon writes columns for Capitol Press Association.