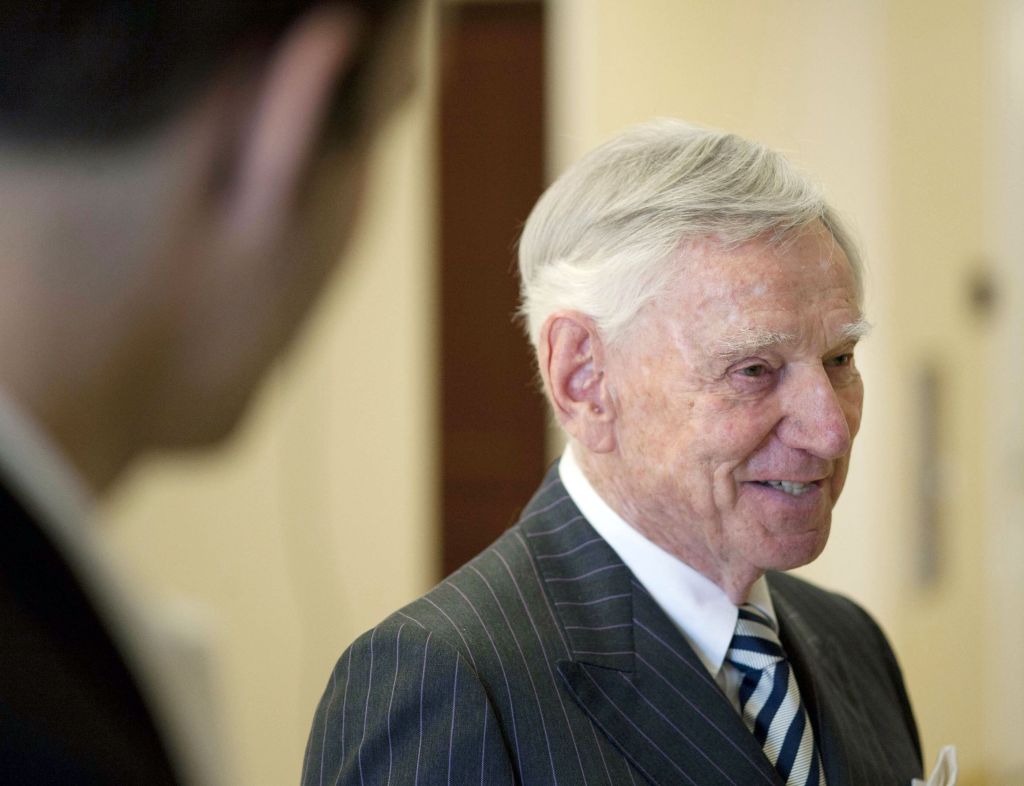 The New York Times once called David Murdock “the billionaire who is planning his 125th birthday.”
In case the 91-year-old Murdock doesn’t make it — despite his commitment to top nutrition and healthy living — he is setting up an endowment to make sure one of his crowning achievements will go on. Tuesday he announced the creation of an endowment to give the David H. Murdock Research Institute $15 million a year, in perpetuity.
The institute anchors Kannapolis’ N.C. Research Campus, in which Murdock’s personal investment is said to exceed $800 million to date. So continues Murdock’s drive to transform not just the city of Kannapolis but, more important, our understanding of health, nutrition and agriculture also. This is the uncanny part of Murdock’s gift: his style of philanthropy is focused like a laser on a cause he created, a research campus aimed at lengthening the human life span. He has a vision and passion for this area of science.
He can afford to invest in that vision. Forbes puts Murdock’s net worth at $3 billion. His purchase of Cannon Mills many years ago was unpopular but may have been the best thing that could have happened to Kannapolis. Murdock sold the company, which changed hands again and then folded in 2003. Murdock still owned a great deal of real estate in the area, hence his interest in building something extraordinary there. So far the Research Campus has not generated the thousands upon thousands of jobs talked about at its inception, but the campus has a far more promising future than the empty, nearly 6 million-square-foot large textile mill it replaced.
Warren Buffett, No. 2 on Forbes’ list of the richest people in the world, is worth $67 billion and has pledged 99 percent of his wealth to philanthropy. Bill and Melinda Gates, No. 1 on Forbes’ list at $81 billion, have joined Buffett in challenging the world’s richest people to commit at least half their wealth to charity while they’re still living.
It’s unclear what percentage of his wealth Murdock has given the N.C. Research Campus — a lot, obviously, and more than the rest of us could ever dream of. But his passion and commitment are very clear. David Murdock is all in.