It doesn’t get easier for struggling Wake Forest 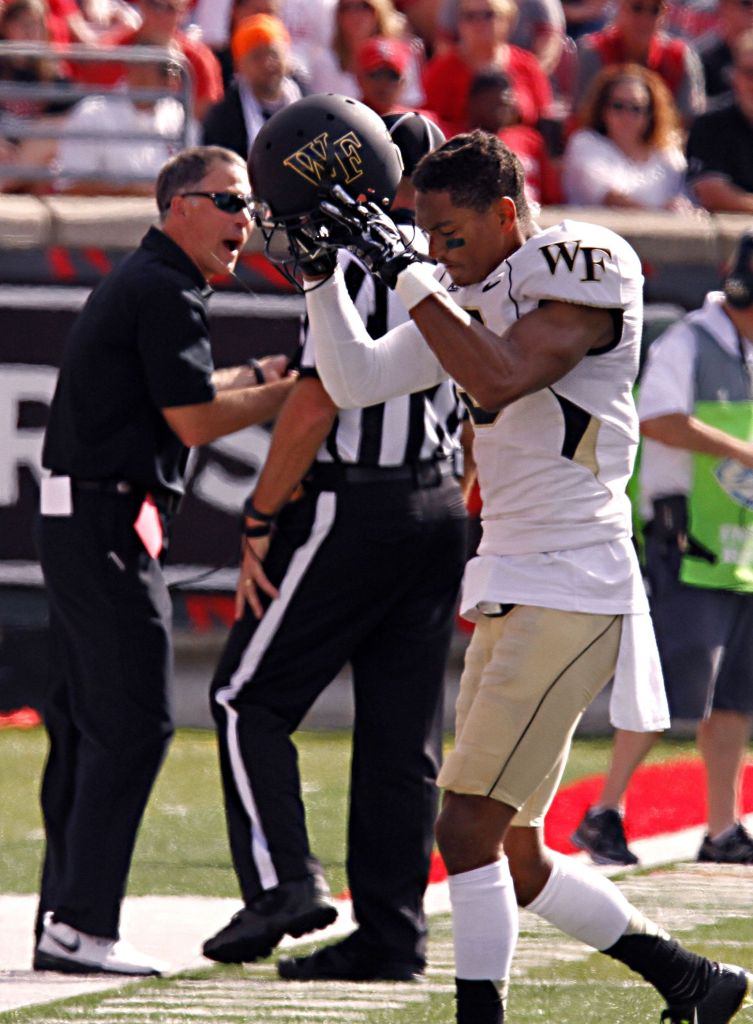 WINSTON-SALEM, N.C. (AP) — There may be no bigger gap between two teams in the same conference than Florida State and Wake Forest.
The top-ranked Seminoles are the Atlantic Coast Conference’s only ranked team, its defending champion and a favorite to play for another national title.
Meanwhile, Wake Forest is considered the worst team in the league.
The stats back that up: The Demon Deacons (2-3, 0-1) have the worst rushing offense in the Bowl Subdivision, rank 126th of 128 teams in total offense and are next-to-last in sacks allowed.
Receiver E.J. Scott said Tuesday that those numbers are “nothing to be proud of” and that “we obviously have to fix things.”
And quickly, if the 39-point underdogs are going to have a chance against the Seminoles (4-0, 2-0) on Saturday.
“There’s no easy answers,” first-year coach Dave Clawson said.
Florida State coach Jimbo Fisher talked up the Demon Deacons, saying they do “an outstanding job on defense” and called them “very sound” on offense.
It sure hasn’t looked that way, and that’s mostly due to youth and inexperience in some critical spots.
Virtually every offensive player of significance is gone from a 2013 team that finished under .500 — the program’s fifth straight losing season. The Demon Deacons are starting true freshmen at quarterback (John Wolford) and center (A’Lique Terry), and seven of the 10 offensive linemen on the depth chart are either freshmen or sophomores.
And those young blockers have the tough job of keeping Wolford safe from Florida State’s multiple 300-pounders on the defensive line.
“Any time this year that we have played a 300-pound nose guard or tackle, it’s, boom,” Clawson said. “We have yet to block that person this year. … People that have had those thick guys up front, they’ve given us a hard time.”
Wake Forest averages just 29 yards rushing per game and finished with negative yards on the ground in three of its four games against FBS teams.
“We are struggling to get any semblance of a running game going,” Clawson said.
The Demon Deacons score just 18 points per game and average 230 yards.
Yet in spite of an offense that ranks 116th in time of possession and struggles to stay on the field, Wake Forest has the nation’s No. 30 total defense, giving up averages of 330 total yards and 20 points.
Even the most hardcore Wake Forest fan knew this year was going to be a struggle because of the upheaval on the roster and the coaching change.
Clawson came from Bowling Green to replace Jim Grobe and began the long process of rebuilding the program.
The Seminoles will provide Clawson and the Demon Deacons with a look at how far they have to go.
“We are going to have to play our best football game and make improvements in lots of areas to make this a competitive football game,” Clawson said.
———
Associated Press writer Kareem Copeland in Tallahassee, Florida, contributed to this report.
———
Follow Joedy McCreary on Twitter at http://twitter.com/joedyap