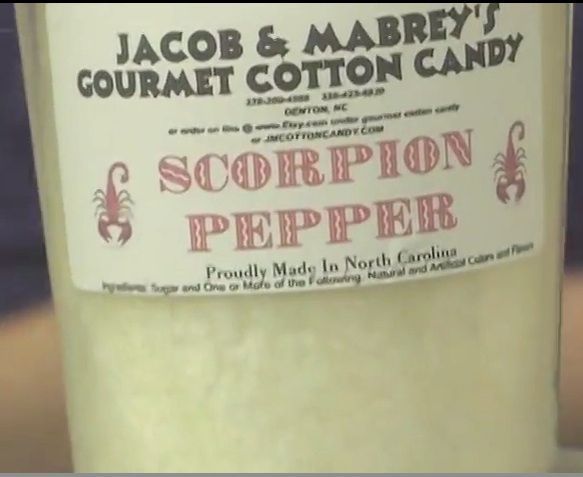 Savor the flavors of North Carolina

MORGANTON — Help save the places you love in the Blue Ridge Mountains and Foothills on Saturday, Oct. 11, at the Fifth annual Flavors of the Foothills: Fall Harvest Benefit hosted by Foothills Conservancy of North Carolina.
Savor autumnal fare courtesy of Chef Sarah Sasser Williams and toast the harvest season with a seasonal beer compliments of Fonta Flora Brewery. Tap your feet to the music of the Linville River Ramblers. Brad Stephens will lead a live auction featuring outdoor experiences, regional art and jewelry, exclusive adventures and more.
This fundraiser, held at the “Old Armory Building,” 306 W. McDowell St., in downtown Morganton, will help the conservancy add to the more than 47,500 acres it has protected in the Blue Ridge Mountains and Foothills. A limited number of tickets to the 5-8 p.m. event are available at www.foothillsconservancy.org for a minimum suggested donation of $65 per person.
What makes the fair? The food
Nick Catucci, a local freelance reporter, took his camera to the Rowan County Fair to see what people were eating. Local food booths featuring chicken and dumplings, fish, hamburger and hot dogs are a part of the scene, but Catucci also discovered spicy cotton candy, deep fried Oreos and traditional corndogs. See his video here: https://www.youtube.com/watch?v=2vH0iUe89aY.
Barbecue diners’ delight
Pork barbecue aficionados may savor all the regional styles of the succulent meat during the North Carolina Barbecue Experience being introduced during the upcoming Wide Open Bluegrass festival in downtown Raleigh.
Organized by the North Carolina Pork Council (NCPC), the experience comprises three events, including ticketed events on the evenings of Oct. 3 and 4 and the barbecue sandwich sales at the conclusion of the Whole Hog Barbecue Championship at lunchtime on Oct. 4.
Come Saturday night (Oct. 4) from 5 to 9, Eastern-style barbecue meets Western-style barbecue as the N.C. Barbecue Experience continues.
Tickets are on sale in advance of these special ticketed events for $15 each. There are only 500 tickets available for each event and sellouts are expected.
Less junk?
American families with kids bought 101 fewer calories per person per day in packaged foods in 2012 than they did in 2007, according to an analysis of a pledge by big food companies to reduce calories in the marketplace. It’s an “impressive” accomplishment but not sufficient to reverse childhood obesity, experts say.
The assessments, published last week in the American Journal of Preventive Medicine, follow on an earlier report on the work of the Healthy Weight Commitment Foundation — 16 big food companies that agreed to reduce by 1.5 trillion the total calories they sold by 2015.
“There has been a cultural shift in this country — especially households with kids have really started buying fewer calories,” said Barry Popkin, a professor in the School of Public Health at the University of North Carolina.
— Los Angeles Times
You must compost
Have you ever thrown away a banana peel or dumped expired milk into the garbage? Well, if you do it in Seattle you are in for a fine.
Under a new policy, passed 9-0 by the Seattle City Council, those who fail to compost “food waste and compostable paper” will be penalized.
The new program will come into effect in January 2015 for commercial establishments and residences. It will be enforced by the Seattle Public Utilities commission.
After receiving two warnings, residents and businesses will be fined $50 for dumpsters and a more modest $1 for waste at single-family homes. Previously, the utilities commission left residents and businesses a note that asked them to compost. If they did not comply, the city refused to collect the garbage.
— CNN

It was the right thing to do

I just knew it was the right thing to do! I was confident that when the time was right, God... read more