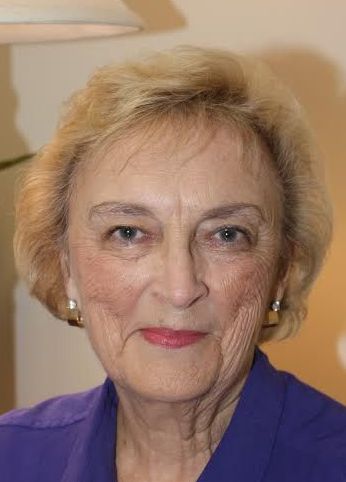 CHARLOTTE — Salisbury resident Xzantippa “Tippie” Miller was named volunteer of the year during the 2014 Charlotte Business Journal’s Excellence in Health Care Awards luncheon held at the Hilton Charlotte Center City on Sept. 16. This annual event brings together health care professionals throughout the community to honor individuals and organizations that have made a significant impact in the health care field.
For the fourth year, Charlotte Business Journal sought nominations from the medical community and business leaders throughout the region in six categories: innovations and advancements in health care, education in health care, nurse of the year, physician of the year, community advocate, and volunteer of the year. From those nominations, a panel from Northeastern University-Charlotte chose the individuals and programs with the greatest impact.
The volunteer of the year award recognizes an individual whose contributions of expertise or resources have had significant impact on the health of a community. Rick Parker, foundation director for Novant Health Rowan Medical Center, nominated Miller for this award.
“I can honestly say that I have never met a person more dedicated and committed to helping others in the community without ever expecting anything in return,” Parker said in a news release. “Tippie has never started a project that she didn’t finish and she expects everyone involved to give their best and then some, which is exactly what she does.”
Having lived in Rowan County for more than 60 years, Miller’s community service goes back almost as many years. She was a volunteer at Rowan Memorial Hospital (predecessor to Rowan Medical Center) for about 40 years and helped start the hospital auxiliary. In the mid-1960s, she raised money for a facility, Rowan Vocational Opportunities, a center for the mentally and physically challenged. Most recently, Miller helped raise money for Rowan helping Ministries to build its new homeless shelter.
Miller has several plaques that have been presented to her over the years for her volunteer work. She has even been honored by North Carolina governors Jim Hunt and Jim Martin. In addition to her local work, she served on the North Carolina board of the American Cancer Society for 15 years, including time served as national coordinator for its comprehensive school-health efforts.
But the cause that has occupied Miller’s heart and energy for the last 30 years has been her desire to give Rowan County its first free-standing hospice house. Finally, in May 2013, her dream came true when the 14-bed, $6 million Glenn A. Kiser Hospice House opened its doors.
“I truly feel that my greatest honor is to drive by our hospice house and see the cars parked in front of our house,” says Miller. “I know that the patients are being cared for, and their families are being cared about. I was fortunate to help make that happen. “
Today, Miller has no plans to stop volunteering or raising money for the causes she believes in. She sits on the board of visitors for Catawba College and is a member of the steering committee for an upcoming building campaign. She is also an active member of the Rowan Medical Center foundation board.
“I was humbled by even being mentioned in the same sentence as the other finalists for this award and I am honored to share it with the Novant Health Foundation Rowan Medical Center,” Miller said.