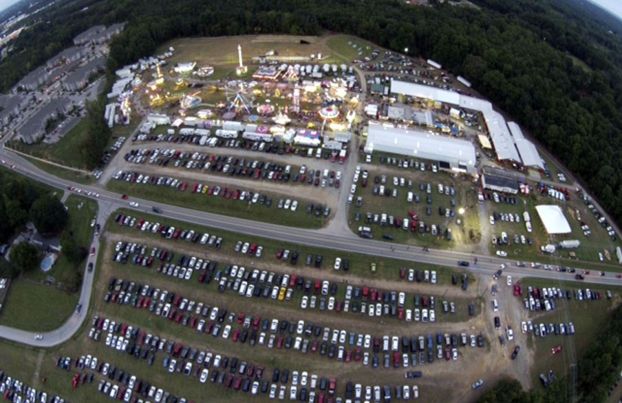 Extending the Rowan County Fair may turn out to be a money-making move.
In its 63rd, year the fair added an extra weekend and a motorcycle thrill show, both of which could help the fair see a profitable year once ticket sales and other revenue streams are tallied, said fair manager Johnny Love.
Love said total attendance was between 40,000 and 45,000, overcoming a few days of lackluster attendance because of rain.
“The rides were good and clean; the ride company was new, but wonderful to work with and, other than a few days of rain, it was a big success,” Love said Monday. “The cooperation we got from the company was great, whether it was moving a ride this way or little things that needed tweaked.”
Love said attendance was split evenly between free and paid attendees.
In the previous three years, Love said, the Rowan County Fair wasn’t able to cover its expenses or make a profit specifically because of rain-dampened days. By adding days to the event, Love said, the fair should turn a profit for the first time in a string of years.
“It looks like going to nine days will be a good move,” he said.
Love said any profits would continue going to community organizations, such as the Faith and Spencer Jaycees, and scholarships.
Adding days was just one new facet of the Rowan County Fair this year. The motorcycle thrill show, suggested by a fair board member, was also a new addition.
“One of our board members just said that we needed something exciting, like motorcycle riders that do flips or a BMX show,” Love said.
He said the show, which ran Sept. 22 through Sept. 27, was well received and could continue in future years.
Livestock shows were also well received, but Love said there could be changes in future years. He didn’t say what the changes could be.
This year, the fair included 29 rides, 500 head of livestock, 13 food vendors and almost 70 other exhibitors.