What the devil is this strange creepy-crawly? 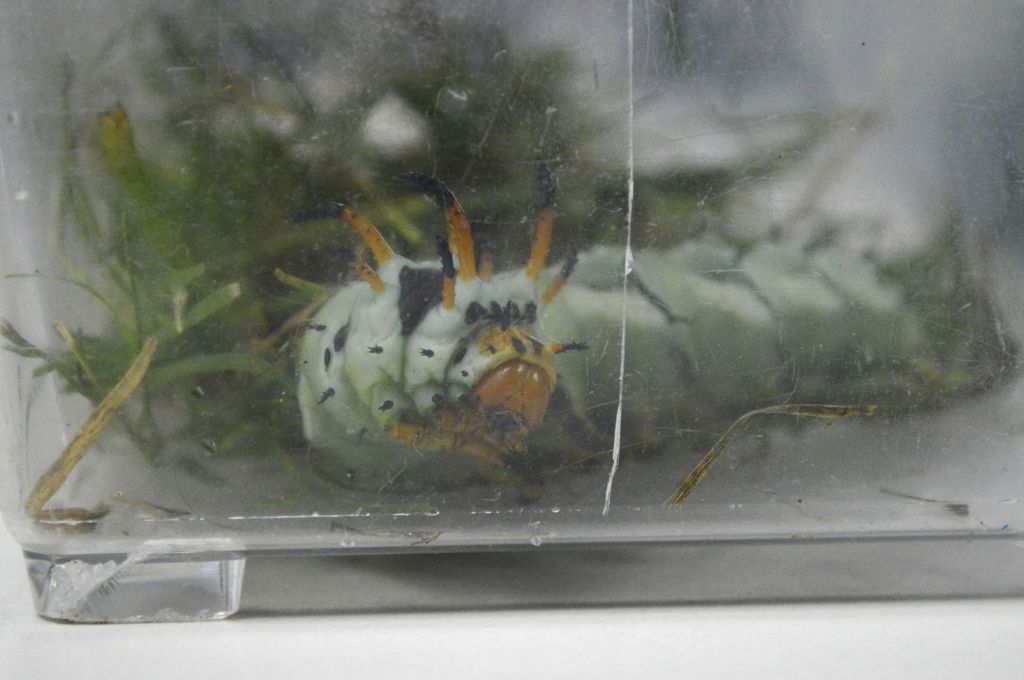 Question: This caterpillar was found in the front yard of a house in Salisbury. What is it?

Answer: It’s called the hickory horned devil caterpillar.
It may look relatively strange, but turns into a spectacular moth — the regal or royal walnut moth — according to research from the University of Florida.
Lavern Tomblin and Jonathan Tomblin brought the caterpillar into the Salisbury Post last week.
Lavern said she found it on the way to her car and nearly stepped on it. Lavern picked up the critter with a stick and dropped it in a container before bringing it to the Post.
University of Florida research states the caterpillar is nocturnal but also can be observed during the day. The moth’s caterpillar stage — the hickory horned devil caterpillar — is most often seen when it comes down from trees to search for a site to transform into a pupa, which comes just before it is a moth.
When it becomes the regal or royal walnut moth it’s colors are mostly orange, with yellow spots.
The moth is most commonly found in a large swath of land that includes a northern border in Pennsylvania, southern border in central Florida and a western border near the Texas and Louisiana state lines.