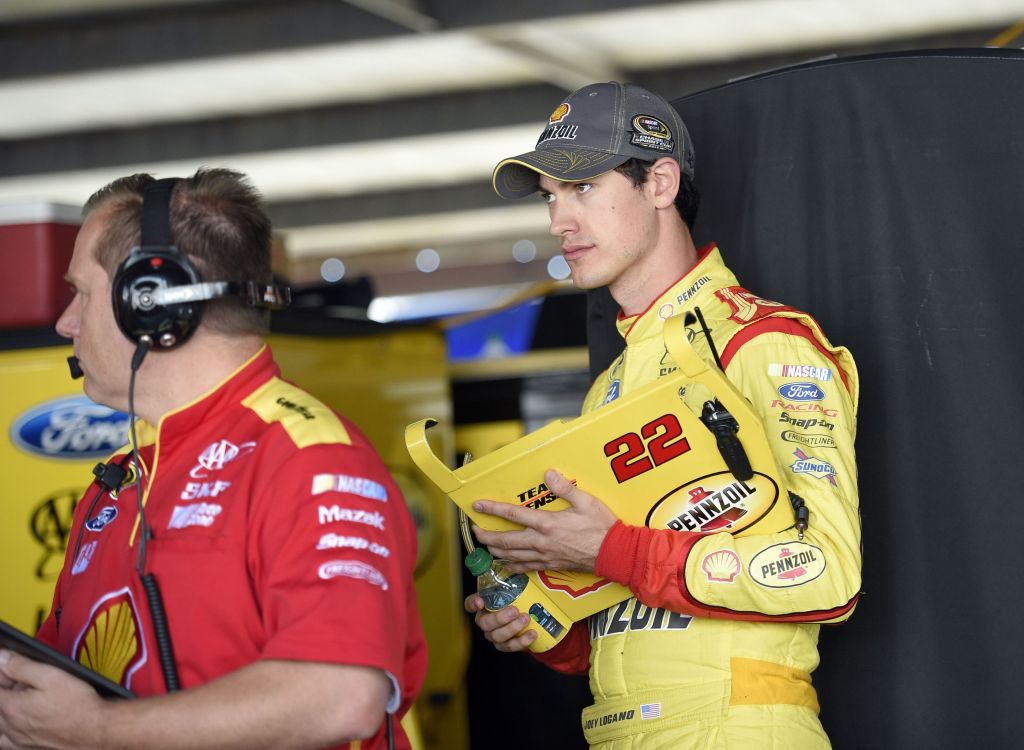 DOVER, Del. (AP) — For a driver once nicknamed “Sliced Bread,” there was a time Joey Logano worried his career was toast.
Turned out, all Logano needed was a change of address.
These days, like a fresh loaf, Logano simply rises to the occasion.
Logano is rolling as he heads to Dover International Speedway — and not like the race where he barrel-rolled seven times in a frightening wreck on the concrete track.
No, Logano is on more of a hot streak this time around, easily enjoying the best season of his career. And maybe even his best week.
Logano won last week’s second Chase for the Sprint Cup championship race at New Hampshire. It’s his hometown track. The one where he attended his first race when he was 5.
The victory cemented his spot in the second round of the Chase, joining Team Penske teammate Brad Keselowski as the only drivers locked into the field.
Those achievements alone would be worth cracking into the victory lobster awarded at New Hampshire. But Logano capped his week with a contract extension with owner Roger Penske that will keep him behind the wheel of the No. 22 Ford for years.
“I feel like I’ve found myself a home over there,” Logano said Friday at Dover.
Logano has blossomed in his second season at Penske. He has four Sprint Cup wins this season — at Texas Motor Speedway, Richmond International Raceway, Bristol Motor Speedway and New Hampshire Motor Speedway. Penske said the 24-year-old Logano has been “everything we hoped he would be.”
Logano has grown into the monster expectations heaped on him as a young prospect when he was considered one of the most talented drivers to come along in NASCAR. He earned the “Sliced Bread” moniker because he was considered, “the next best thing since …”
He’d risen rapidly through the racing ranks with the financial backing from his father, Tom, who used funds from the family’s Connecticut waste management company to help his two children pursue their dreams.
The hype surrounding Logano was at surreal levels long before he ever got to NASCAR, and by the time he made his 2008 debut with Joe Gibbs Racing just days after his 18th birthday, milestone victories and multiple championships already were being predicted.
JGR’s plan was to ease him into the top level, give him a year or two in the Nationwide Series to adapt to stock cars and learn his way around the circuit. That was all fast-forwarded when two-time Cup champion Tony Stewart opted out at JGR and the team had an open seat to fill.
Enter Logano.
He won a rain-shortened race at New Hampshire in his first full season in 2009 and took the checkered flag at Pocono in 2012. But he failed to flash much championship potential and, suddenly, a driver with so much early promise and potential was in danger of losing his seat. When 2003 champion Matt Kenseth was available for 2013, Logano was out of a ride at JGR. Gibbs dumped him and kept the Home Depot sponsorship on the No. 20.
Logano latched on with Penske and won a race last season with 11 top fives — nearly as many as he had in his first four years (16).
He’s now a bona fide championship contender.
“Only a couple of years ago, I really didn’t have a job,” Logano said. “It was like, ‘Oh boy, what am I going to do? Am I going to race the rest of my life? What’s Plan B?’
“And all of a sudden, I’m sitting in a really good position.”
From sliced bread to rolling in dough, the good times continued for Logano with a multiyear extension.
How big of a raise did he get?
“It was good,” Logano said, laughing.
Logano and Keselowski — who have bonded off the track and dominated on it with a combined nine wins — have stamped themselves as the drivers to beat early in the Chase.
“Brad and Joey are great drivers, and they are surrounded by a great organization,” Chase driver AJ Allmendinger said. “It gives us something to reach for, and we are all trying to beat them.”
Chase driver Matt Kenseth said it was too early to worry about Penske’s dominance.
“We’ve got our problems to be concerned with,” he said. “They’ve been really strong this year, especially lately. It doesn’t surprise me at all they won the first two races. It doesn’t change my outlook on the whole Chase just yet.”
Four drivers will be eliminated after every third race, and a win guarantees a driver an automatic berth into the next round. The first cutoff race is Sunday at Dover. Keselowski advanced with a win in the Chase opener at Chicagoland, his fifth victory of the season and tops in the Cup series.
Both drivers expect to contend until the end at Homestead.
“I feel like we’re ready,” Logano said.