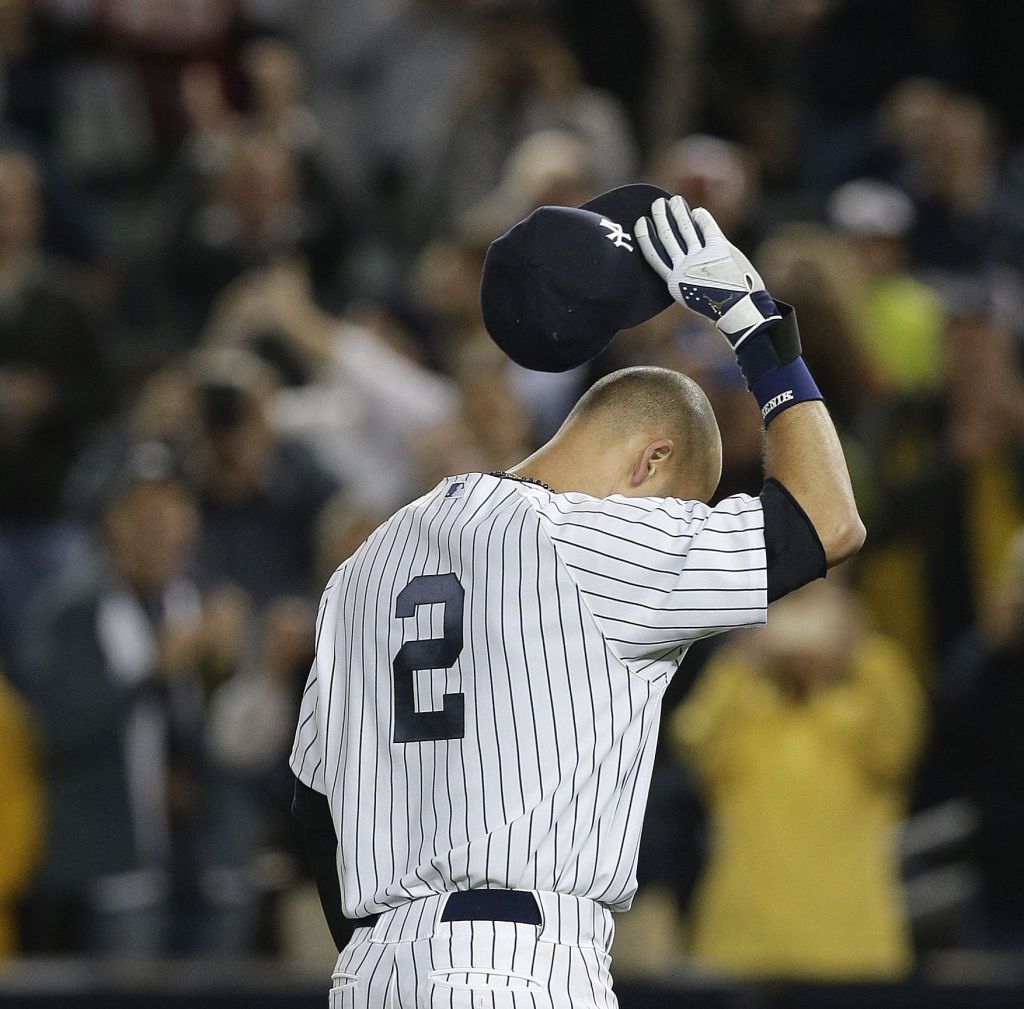 In the ninth inning Thursday night of a tie game, 5-5, New York Yankee shortstop Derek Jeter stepped to the plate with the potential winning run on second base.
As they had all night for his last home game in Yankee Stadium before Jeter’s retirement, Yankee fans chanted his name in adoration and tribute for his 20 seasons, the last 11 of them as captain.
Jeter, 40, could not keep tears from welling up in his eyes as he took his batting stance against Orioles reliever Evan Meek. On the first pitch, Jeter lined a sharp single to right and pinch-runner Antoan Richardson took off for home, trying to beat right-fielder Nick Markakis’ throw.
By the time Richardson slid in safely, Jeter had stopped between first and second with his arms high in the air in celebration as his teammates charged him, the sell-out crowd went into a deafening frenzy, and the play-by-play announcers searched for every adjective in the book.
It seemed as though only Derek Jeter could pull this off — a walk-off, game-winning hit in his last at bat in Yankee Stadium.
In today’s world of major sports, Jeter was the rarity, not the norm. He toiled for only one team over 20 seasons — the Yankees — and he played only one position — shortstop.
He seemed to have a charmed career in New York, which undoubtedly carries the biggest and often harshest spotlight. He never seemed to be fazed.
Jeter was Rookie of the Year, an All-Star Game Most Valuable Player, a World Series MVP, captain of the U.S. team for the World Baseball Classic in 2009, and five times his Yankee teams won the World Series.
His milestone 3,000th hit was a home run. His World Series heroics in 2001 earned him the nickname of “Mr. November.” Fans still talk about his dive into the stands to catch a foul ball against the Red Sox on July 1, 2004, and his backhanded relay home to catch an Oakland runner in the Oct. 13, 2001, World Series game.
Those plays are simply known as “The Dive” and “The Flip.”
Few Yankees were so loved, even though he would never be considered the greatest Yankee. Those discussions are saved for the likes of Babe Ruth, Lou Gehrig, Joe DiMaggio, Mickey Mantle and Yogi Berra.
If Jeter warrants any criticism in his swan song, it’s that his retirement tour around the leagues became tiresome, as teams set aside time to shower him with going-away gifts. He also had, for him, a sub-par year, and probably should not have been hitting high in the Yankee lineup this season.
But that’s nit-picking. Jeter played a Hall of Fame career without the hint of using performance-enhancing drugs. He had no brushes with the law, no controversies in his love life. He was a role model for young athletes.
Who are Jeter’s peers in the other major sports? Quarterback Peyton Manning of the Denver Broncos comes to mind, as does basketball forward Tim Duncan of the San Antonio Spurs.
Again, they seem to be the exception in a sports world littered with disgraced stars — names such as O.J. Simpson, Lance Armstrong, Bobby Bonds, Mark McGwire, Tiger Woods, Marion Jones, Aaron Hernandez, Michael Vick, Ray Rice and Oscar Pistorius, the “Blade Runner.”
Today is Derek Jeter’s last as a player. It’s nice to have his kind come along. It’s sad to see his kind go.