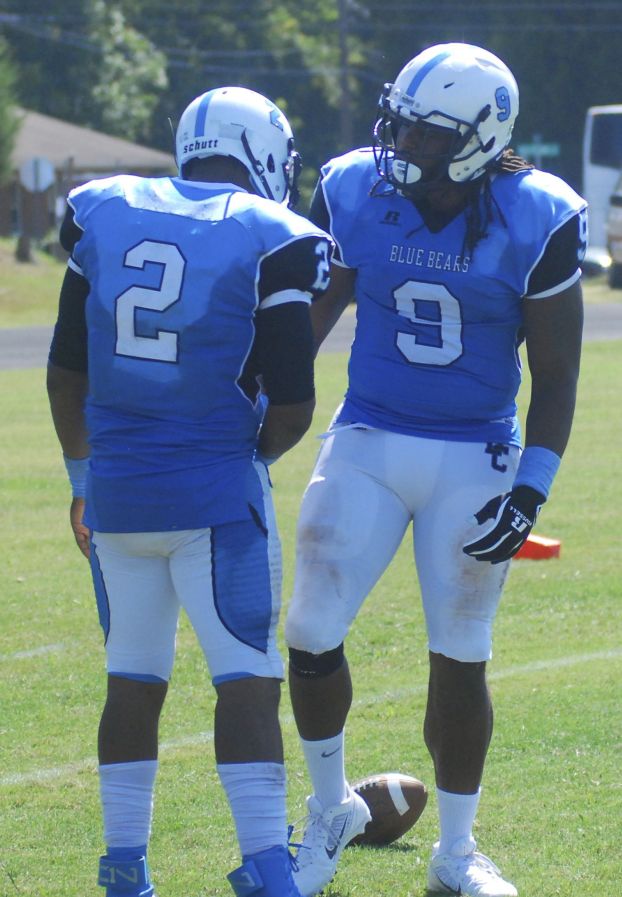 SALISBURY — Daryl Williams is an unconventional head coach.
Head coaches stick with standard coachspeak in pregame press conferences. They stress the team is taking it one game at a time and all that. They say all games are equally important.
Not Williams. He threw the coachspeak rules out the window this week. He declared Saturday’s 1 p.m. home game with Bowie State to be critical. It’s the CIAA opener for the Blue Bears and a chance to send a message to the league.
“It’s a statement game for our program,” Williams said. “It’s the biggest game of the season, and we’re not going to hide behind saying it’s just another game. My message to the team has been simple — if you are who you say you are, it’s time to show it.”
Even with the Blue Bears (3-0) still unbeaten after tight road victories against Millersville (Pa.) and Paine and a resounding home win against Virginia-Lynchburg, there are doubters. Millersville, Paine and Virginia-Lynchburg are a combined 0-10.
But Bowie State is different from Livingstone’s first three opponents. Bowie State is a traditional CIAA school. Every Livingstone fan knows Bowie State is in Maryland. They know Bowie State wears black and gold. They know about the Bulldogs.
Bowie State and Livingstone have played often. Livingstone leads the all-time series 17-11, although it’s been ugly lately. Bowie State trounced Livingstone 41-14 when the schools last met in 2011. In 2010, Bowie State romped 55-6. In 2009, Bowie State embarrassed the Blue Bears 51-0.
Livingstone’s most recent victory in the series was a 15-10 nailbiter in 2008.
Bowie State comes to Salisbury 0-3, dropping two tight games and losing big to Morgan State, a Football Championship Subdivision program.
Statistically, Livingstone is the better team offensively and defensively, but Bowie State’s Trevon Bennett threw for 349 yards last week, so the Blue Bears’ pass defense will be tested.
“Bowie State is bigger and faster than the teams we’ve played so far,” Williams said. “They’ve got big backs. They’re physical. Definitely the best team we’ve played.”
There are 12 football schools in the CIAA. Livingstone is the only one still unbeaten, and the Blue Bears carry a No. 2 ranking in the D-II school poll for HBCUs. Livingstone is in the top 50 in D-II in total offense and is 101st out of 167 schools in total defense.
That poll respect is worth mentioning because Livingstone was rated 11th in the league and last in the Southern Division in the preseason. Williams saw progress last week — better tackling and fewer penalties.
Though Williams wants the team to keep a chip-on-the-shoulder mentality.
“It felt good to walk off our home field with a win last week, but we’ve still got to show we can beat the conference teams,” Williams said. “We’ve been beaten down a lot of years in the conference.”
In other words, it’s time to see if the Blue Bears are who they say they are.
It’ll be a tough game for Livingstone, but it should be a tough game for Bowie State as well.
“Don’t underestimate Livingstone,” Williams said.
Follow Mike London on Twitter at @mikelondonpost3.

ATLANTA (AP) — The Braves dodged another shutout loss. That didn’t take away the ugliness of the final home loss... read more