Cavaliers hang on vs. Yellow Jackets 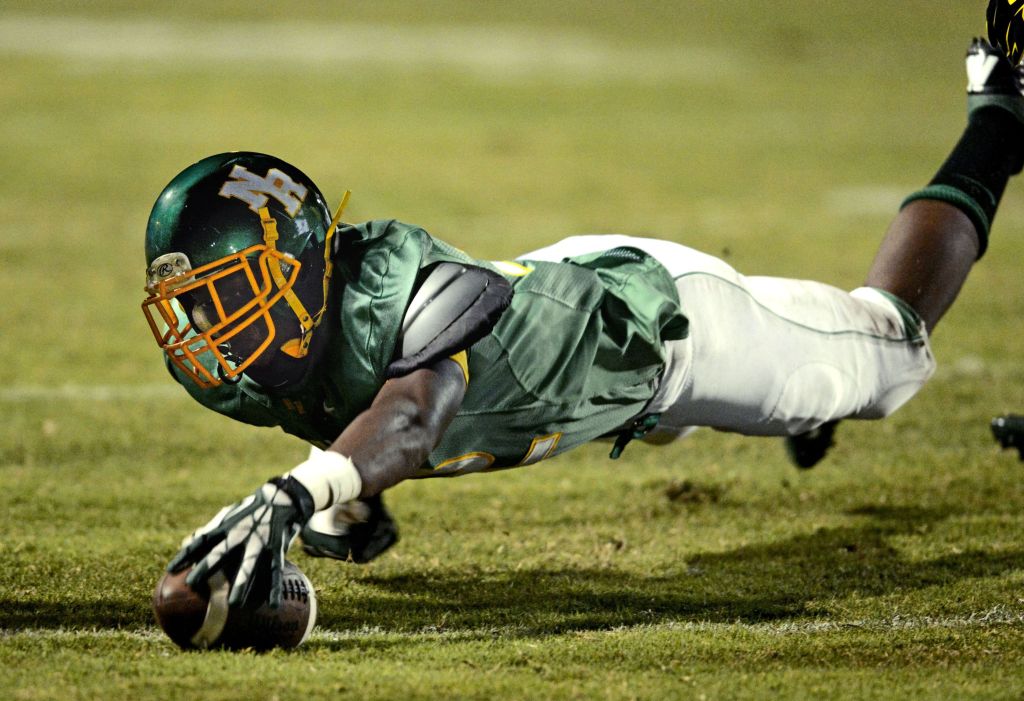 SPENCER — A two-point, hang-on-for-dear-life win against a 2-4 team may not seem like much, but North Rowan coach Joe Nixon grinned like a politician kissing a baby.
North Rowan stopped a Forest Hills two-point conversion pass in the fourth quarter on Friday and beat the Yellow Jackets 14-12 at Eagle Stadium. There wasn’t anything pretty about it, but Nixon wasn’t complaining. Not with seven key players out.
“We’re banged up with five out on defense who are starters or heavy-minutes guys and then we’re playing without our top two receivers,” Nixon said. “We still beat a good football team, and I couldn’t be happier or prouder of my team.”
Shane Parker and Jake Pritchard, who leads the team in sacks, were missing from the defense at the outset. Then linebacker Omar Lipscomb, the Cavaliers’ leading tackler, didn’t get up after a pileup.
Nixon’s team played again without receiver Shareef Walker, a ball of fire in the first two games who was hurt in the third one. North Rowan lost leading pass-catcher Sakil Harrison in the first quarter against Forest Hills.
“Tough ballgame with the injuries, but we still pulled through,” said North Rowan defensive tackle Wesley Jefferies. “With guys hurt, young guys had to step up for us to win, and they did.”
With Harrison hurt, Forest Hills’ gameplan of keying on North Rowan running back Jareke Chambers was effective more often than not.
“Looking at film and seeing what he’s been doing to teams, we knew No. 7 (Chambers) was the threat,” Forest Hills coach John Lowery said. “Our kids did a good job of containing him. Our kids played hard and played well. It was a very good football game. We made a few mistakes.”
Chambers was limited to 80 rushing yards on 13 carries, but he scored on a 9-yard burst midway through the second quarter to give North Rowan a 7-0 halftime lead.
On the Cavaliers’ first snap of the second half, Chambers made a one-handed grab on a pass from Alexis Archie for a 30-yard TD that gave North Rowan a 13-0 lead. Jacob Young’s second PAT made it 14-0.
“I spotted the ball in the air and just stuck my arm out for it, and I stretched out so far I hurt my shoulder a little bit,” Chambers said. “Once I had the ball, I just had to make a move on 26 (DB Montrell Tillman), and I had a touchdown.”
North Rowan (4-2, 0-0 CCC) appeared to be in control at that point, but the momentum turned when Forest Hills QB Zaccheus Rorie connected with Montrel Kirkland for a big pass play to the North Rowan 27. Rorie scored a touchdown on fourth-and-goal from the 11 with his speed.
“We blitzed right into him from the backside, but he made guys miss,” Nixon said. “Just an athlete making a play.”
After Forest Hills picked off an Archie pass late in the third quarter at the Forest Hills 40, the Yellow Jackets drove for another score. Rorie took it to the end zone from the 10 with 8:03 left, North Rowan’s lead was down to 14-12, and fans were anxious.
Most were expecting Rorie to keep it again on a two-point conversion try for the tie, but he faked to a back, and then dropped back and lobbed a throw.
“We weren’t surprised they threw it,” Nixon said. “We expected them to try to high-low us in the flat, and we defended the play very well.”
North Rowan’s defense still needed one more stop — and got it. The Cavaliers stopped hard-running back Jayshawn McLaughlin on a fourth-and-6 play at midfield with 3:30 remaining. Jefferies, Steve Thurston, Trae Clark, Jalen Sanders and Jaleel Hitchens made plays during that decisive defensive stand.
The Cavaliers sealed victory when Chambers bolted for a first down on third-and-6 with 1:51 left. After that, North Rowan released a sigh of relief.
“We knew it wouldn’t be a piece of cake because that’s a fast, athletic team that’s a lot like us,” Chambers said. “We didn’t smash them, but a win is a win and all wins are good.”
Follow Mike London on Twitter at @mikelondonpost3.