One-acts are fun and thought-provoking 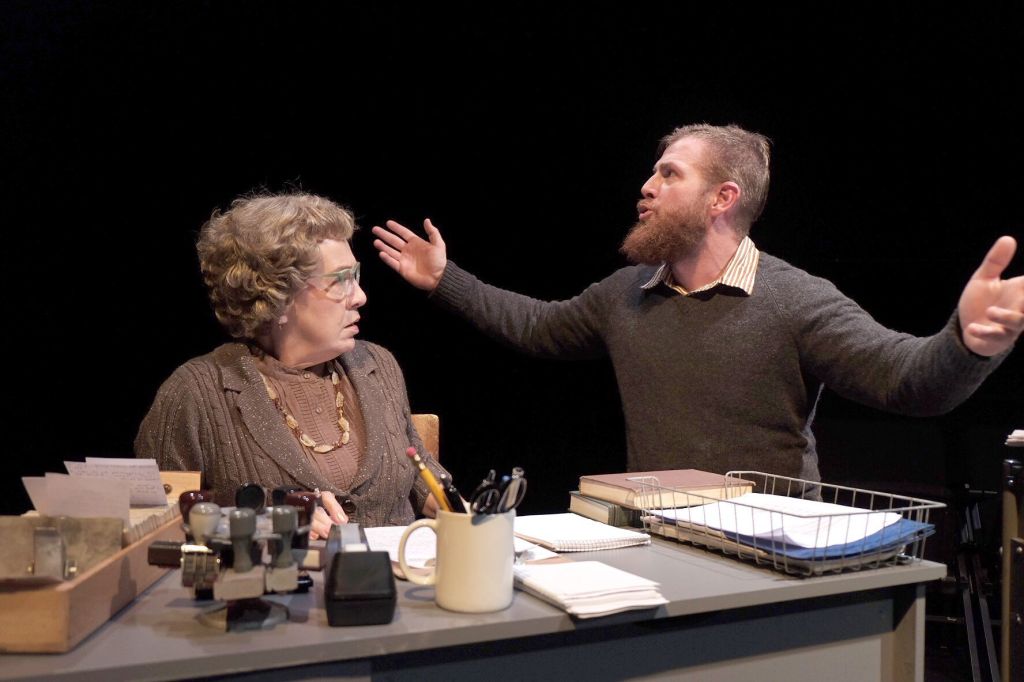 If you haven’t planned your weekend, take in both of the productions going on in Salisbury.
Catawba College’s “Under Milk Wood” is a lovely experience of Dylan Thomas’ fine words. And the One Act Play Festival at Lee Street theatre is an interesting evening of original works.
This is the world premier for these plays, and each was surprisingly deep for the shortness of their productions. The first, “Handsome Devil” by Jason Roland, was also directed by the playwright. It features an interesting cast of characters, from Mr. Lee, the slightly odd businessman in town looking for a former employee, to Juanita, the mute helper at the boarding house. This one-act benefits from experienced local actors Seth Labovitz, Mary Ann McCubbin, Jacob Asher and Nick Bishop. Though McCubbin, as Juanita, is mute, her face and body language are crystal clear.
Bishop is the lawyer who is charmed by boarding house owner Lettie, played by Becky Porter. The feeling is not mutual. Asher is the lady’s son, and they are visited by June, played by Carey Sink, the local evangelist that Jacob takes a shine to. Lettie is quite taken by Mr. Lee, but everyone else thinks he’s a little odd. Labovitz is calm and convincing as the strange guest, who terrifies Juanita.
Do you know evil when you see it? You’ll have plenty of chances here. Can good prevail? Well, just wait and see. This one-act was the longest of the night at just under an hour.
“Walt Grace,” by Andy Rassler and directed by Heather Wilson-Bowlby, looks at life from a completely different perspective. Is a life without risk and dreams worth living? Walt’s friends talk about his crazy idea, arguing for and against its wisdom, from the daydreaming library assistant and his boss to the buddies in the bar to Walt’s own family. Sara Lee is the wife, Ava Holtzman and Meggan Campbell are the daughters, one worried and one dreamy like her father. His buddies are Jerry, played by Fredric Schuttenberg and Bob, played by Jon Bowlby. McCubbin reappears as the librarian and Jacques Belliveau is the optimistic library assistant.
The play is about each group discussing Walt’s dreams or their own, and the sisters arguing over whether their father is crazy. Seth Labovitz is the voice of Walt explaining why he wants to build a submarine and go to Japan in it, alone.
It’s an exploration of what drives us and what we hope for and what we fear.
The third one-act is “Do Us Part” a poignant and often funny look at life after death. Written by Rob Smith, it is directed by Doug Stauter and stars Brian Romans, another veteran, and Willow Beeker, Jubal Strube and Samantha Harkey. Romans, as Eli, is deeply grieving the love of his life, Althea (Beeker), whom he still sees and talks to after her death. They were about to be married when she died. He just can’t get over it. His sister (Harkey) keeps coming by to try to help, but Eli only wants to suffer. To compound his pain, he meets another visitor from the afterlife, who has a claim on his beloved Althea.
The arguments about what’s what in the afterlife and just what forever means are light-hearted and the conclusion perhaps a bit too easy, but the play has an endearing quality.
Places like Lee Street theatre are ideal for trying something new and seeing what your words are like once performed. This festival is an experiment that works.
You still have two chances to see the one-acts, as they continue tonight and Saturday at 7:30 p.m. at Lee Street theatre.
Tickets should be available at the door, or you can call 704-310-5507 or go to www.leestreet.org