Kannapolis will no longer be represented on housing authority board 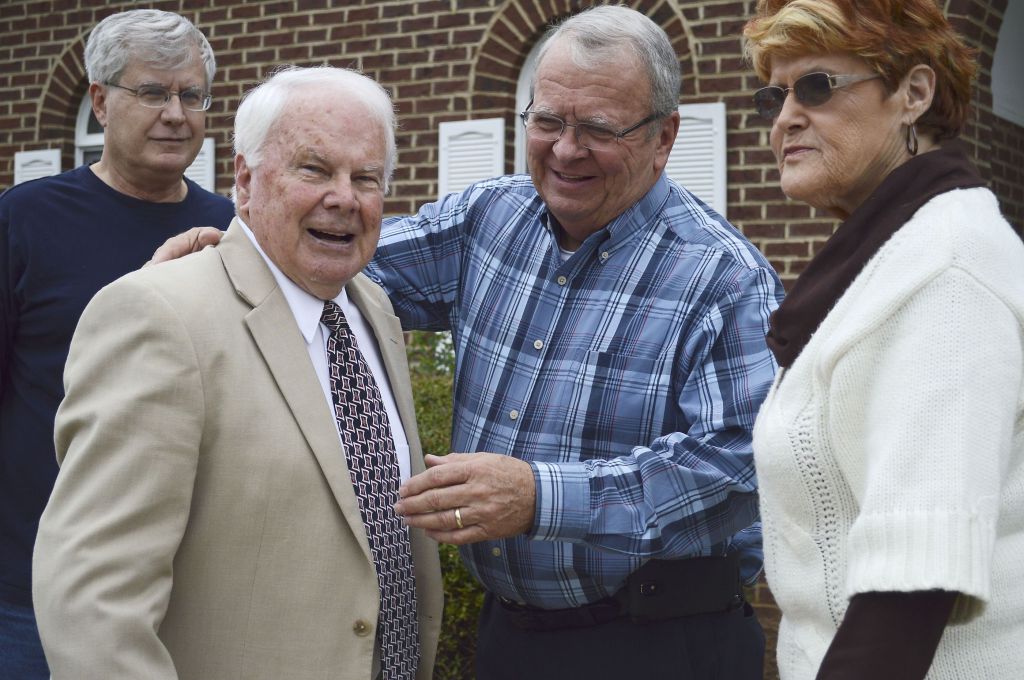 Though it contains two of the Rowan county Housing Authority’s properties, Kannapolis will no longer have representation on the authority’s board starting Oct. 1.
Olin Miles, the current vice-chair and only current Kannapolis resident on the board, applied for reappointment, but wasn’t selected. Instead, Rowan County commissioners chose Hattie Johnson, who has worked on multiple HUD projects in her professional career, and Kenneth Fox, a convicted felon and former mayor of East Spencer.
Miles’ application was accompanied by a lengthy recommendation letter from housing authority director Sara Potts, but he only received two votes and needed three.
Kannapolis’ lack of representation may be in violation of a February 1994 resolution between the city and Rowan County’s Housing Authority. Potts and current housing authority board members also say Kannapolis representation is needed on the board.
The section of the 1994 resolution pertaining to board appointments reads: “The Rowan County Housing Authority, when given the opportunity by the Rowan County Board of Commissioners, will suggest representation on the authority’s governing body. When a vacancy occurs on the authority’s governing body, the authority will notify the city of Kannapolis in order that the city can make its wishes known to the Rowan County board of Commissioners.”
Though Kannapolis is home to two of the housing authority’s three properties, the total number of units is nearly even between an East Spencer property and the two Kannapolis housing complexes.
Miles wasn’t the only Kannapolis resident who applied for the housing authority’s board. Stephanie Wagner Overly, a resident of the authority’s Running Brook neighborhood, didn’t receive any votes for appointment.
Kannapolis city councilman Ryan Dayvault said Miles told him about the existence of the 1994 resolution. At this point, Dayvault said he doesn’t have enough details to decide on what the next steps might be for the City of Kannapolis. Though Dayvault said he plans to work with the Rowan County commissioners to decide how to re-instill representation for Kannapolis.
Rowan County commissioner Chad Mitchell said he wasn’t actively thinking about the existence of the 1994 resolution when voting on Sept. 2 for board appointments. Mitchell and commissioner Mike Caskey were the only ones that voted to re-appoint Olin Miles.
“I don’t think it was intentional on anybody’s part,” Mitchell said about the commissioners’ decision to not reappoint Miles. “With new directors, with new board members, new commissioners and I think we’ve even had two different clerks since 1994, it’s hard for those things to be remembered from an institutional standpoint unless they are practiced consistently.”
Mitchell said recalling either Johnson or Fox is likely not realistic, but said an expansion of the housing board is a possibility.
It was clear on Thursday that the housing board was concerned about a lack of representation, but more specifically that Miles wasn’t reappointed. When the housing board met Thursday afternoon for the last time with its current composition, a lack of representation was a main talking point.
“I don’t know of a more Christlike, decent individual on this earth than Olin Miles,” said housing authority board chairman Mac Butner, who chose not to seek reappointment. “He has been like a father figure to me in terms of counsel and friendship. The greatest hurt in me leaving this board is not so much that I’m leaving but that Olin is leaving. He should have been reappointed and did nothing to not be reappointed.”
Eric Beaver, a Landis resident who is on the housing authority board, echoed Butner’s sentiments, saying that Miles brought a wealth of experience with him.
“I regret that we won’t have a representative from Kannapolis anymore,” Beaver. “We will no longer have his input and have his knowledge from that part of the county.”
All board members said a few nice words about Miles, with his departure upcoming.
The statements came after the housing board wrapped up normal business, such as reviewing financial statements.
Miles spoke last and was brought to tears multiple times as he read a prepared statement about his time on the housing board.
“I speak to you for the last time,” he said. “I speak with mixed emotions about the way things turned out, but there is a purpose for everything.”
He said the board of commissioners may simply have not known about the 1994 resolution, but continually expressed gratitude for the opportunity to serve citizens of Rowan County.
“The gavel has come down,” he said. “The verdict has been read: you are out. “It’s time for me to leave.”
Contact reporter Josh Bergeron at 704-797-4246