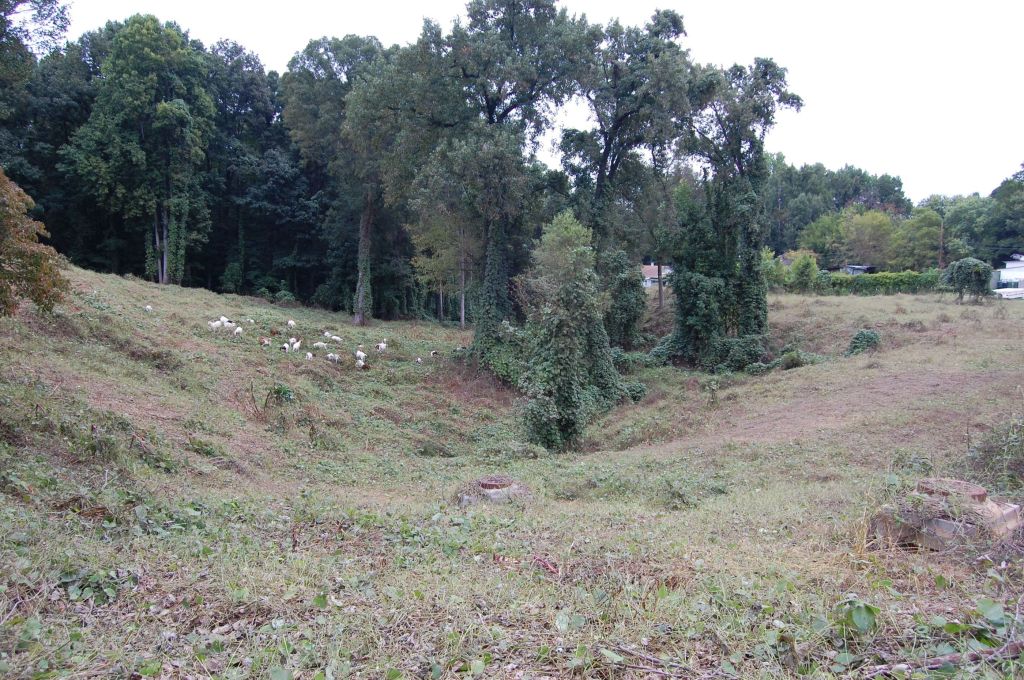 The county fair isn’t the only place to see livestock.
Have you heard about the goats in Spencer?
For three weeks, 42 goats have been eating away at kudzu vines in a gully along the 1300 block of South Salisbury Ave. The vine, which is native to eastern Asia, had completely covered the area where the goats are. And it’s also rampant in other areas nearby.
But the goats have delivered a serious blow to the invasive plant and have taken back much of the territory in the fenced-in area where they’re confined.
“They’ve been there, they’ve been over here. They just wander around and eat,” Buddy Barringer, owner of Piedmont Radiator Works, said. His business sits next to the area where the goats are doing battle with the kudzu.
“You can actually see the ground. Before, you couldn’t see it,” Barringer said. Before the goats were brought in, he said, kudzu had been growing unchecked for decades.
Barringer said people have been coming by in the evening to watch the goats.
“We’ve gotten more excitement out of the goats than we’ve had in the last six months,” he said.
The town was able to get the goats through its partnership with the LandTrust of Central North Carolina, who contracted with K.D. Ecological Services to have the goats brought in.
Using goats is touted as an environmentally friendly way to clear land. A Google search yields several stories about goats being used for just that purpose.
Town Manager Larry Smith said he’s received numerous phone calls from people who expressed their appreciation for the goats.
“There’s been so much positive response. It’s been great, absolutely great,” he said.
Smith said the goats will be around until they’ve done as much as they can.
“Once the people at K.D. think it’s gotten to a certain point, they’ll take the goats away,” he said.
The goats are left in the area day and night. The fence is electrified.
Pictures of the area before the goats show an ocean of green. But now, dirt is visible in several spots. Tree trunks, however, are still covered by the plant.
Barringer said an old railroad engineer once told him that if it’s real quiet at night, and if you listen well, you can hear kudzu growing.
Barringer isn’t sure the goats will be able to do away with the kudzu for good, but he is sure about one thing: the goats have gotten a lot fatter.

Days Out with Thomas start Friday