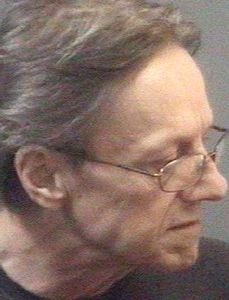 GOLD HILL — A DNA test led authorities to charge Anthony Worth Wyrick of Gold Hill with the rape 29 years ago of two teens in Charlotte.
The Rowan County Sheriff’s Office arrested Wyrick, 56, of the 200 block of Rowan-Cabarrus Road and charged him Wednesday with two counts of first-degree rape, two counts of kidnapping, three counts of second-degree sexual offense and felony breaking and entering.
All of those charges stem from a Sept. 7, 1985, cold case, in which authorities say Wyrick broke into a northwest Charlotte apartment where girls, ages 15 and 16, were sleeping and restrained and sexually attacked the girls.
The apartment was located on Park Fairfax Drive, Charlotte.
The victims are now in their 40s. A DNA testing lab in South Carolina recently came up with a match for Wyrick and the 1985 case.
The Rowan County Sheriff’s Office, which arrested Wyrick at his Gold Hill home Wednesday morning, transferred him to Charlotte-Mecklenburg Police, and he was placed under $250,000 bond.
Back in late August, the Rowan Sheriff’s Office Special Investigations Unit, Special Response Team and Aggressive Criminal Enforcement Unit were assisted by the U.S. Drug Enforcement Administration in serving a state-issued search warrant at Wyrick’s house.
The search led to Wyrick’s being charged with felony possession of a firearm. There was a loaded .22-caliber revolver in his recliner, where he was sitting. Two long guns also were found in the master bedroom and a large number of prescription pain medications, many of which were prescribed to Wyrick.
The search warrant was issued based on evidence Wyrick, who has a criminal history dating back to 1978, was distributing prescription pain killers and possessing firearms.
Authorities executed a second search warrant on a safe deposit box rented by Wyrick at a bank on Avalon Drive in Salisbury and seized more than $16,000 in cash.
At his arrest in August, he was placed under $10,000 secured bond and was later released.
Wyrick had been convicted of felony second-degree rape in 1988. He also has been convicted in the past of felony possession of Schedule II controlled substance, felony possession of precursor chemicals with the intent to manufacture/sell/deliver a controlled substance, felony maintaining a dwelling/vehicle and felony breaking and entering.
Contact Mark Wineka at 704-797-4263.