Telling her story to educate, advocate for change 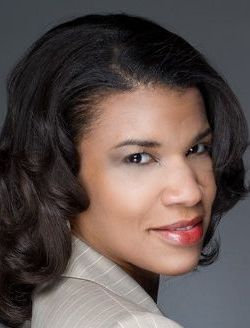 A woman who spent nearly seven years in prison before being granted clemency by former President Bill Clinton will share her experiences Oct. 1 at 11 a.m. inside Varick Auditorium at Livingstone College.
Kemba Smith’s saga made national news in 1994 when she was sentenced to 24.5 years without possibility of parole after pleading guilty to conspiracy to distribute crack cocaine. Authorities alleged she knowingly participated in her former boyfriend’s drug dealing activities.
It all started after Smith, an only child from Richmond, Va., attended Hampton University. According to the Kemba Smith Foundation website and published reports, in an attempt to “fit in” Smith got involved with Peter Hall during her sophomore year. Initially, Smith didn’t know Hall was a major drug dealer in a $4 million crack cocaine ring.
Smith says, she was physically, mentally and emotionally abused by Hall — who was eventually murdered — and drawn into his business by sometimes delivering money to his associates.
“I did not traffic in drugs, but I knew my boyfriend did,” Smith testified before the Inter-American Commission on Human Rights in 2006. “I knew that while living with him he did not have a job and we were living off the proceeds of his drug crimes. I never claimed total innocence, and this is the reason why I pled guilty.”
At the time she was sentenced to prison, Smith was seven months pregnant. Her case garnered tons of publicity, and she received support from across the United States from people who disagreed with the lengthy prison sentences being handed down to first time, non-violent drug offenders.
Her story has been featured on CNN, Nightline, Court TV, The Early Morning Show, Judge Hatchett and a host of other television programs. In addition, she’s been featured in The New York Times, The Washington Post and JET, Emerge, Essence, Heart & Soul, Glamour and People magazines.
Today, Smith travels the country discussing her experience and advocating for a change in the country’s mandatory minimum sentencing guidelines. She is a graduate of Virginia Union University, where she earned a bachelor’s degree in social work, a former recipient of a two-year Soros Justice Postgraduate Fellowship for advocates, and she is in law school at Howard University. Smith has spoken on panels and testified before Congress and the United Nations on a variety of criminal justice issues, including crack cocaine sentencing, mandatory drug sentencing, women and incarceration, felony disenfranchisement and re-entry.
“My burden is that I represent the thousands of others still currently incarcerated; some are my friends who I left behind and deserve an opportunity to raise their children,” said Smith, who is now married and whose last name is Pradia.
According to statistics, an estimated 70 percent of incarcerated women are mothers to some 250,000 minor children. While Smith was incarcerated, her parents raised her son.
After speaking at Livingstone, Smith will sign copies of her book, “Poster Child,” in the lobby of Varick Auditorium. Copies can be purchased for $20 each.
Helen Turner, Livingstone’s QEP reading director and academic support lead, said she’s excited about having Smith speak at the college.
“I heard her speak at an Alpha Kappa Alpha undergraduate luncheon in Raleigh in March, and she talked about her life as a college student and how the choices she made changed her life forever,” Turner said. “I think having her speak to our students will be a profound way for them to realize the choices they make now can impact their lives either positively or negatively.”