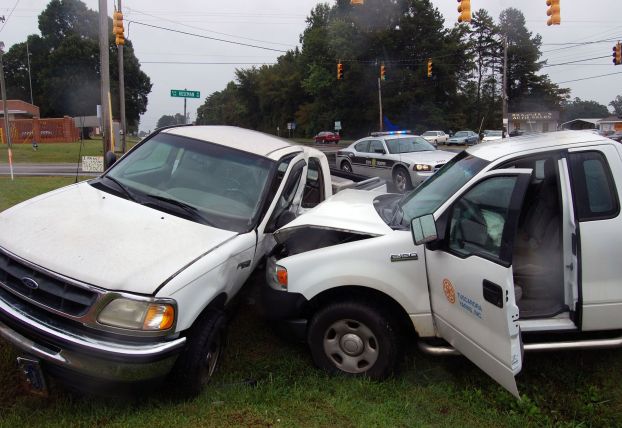 One hospitalized after pickups collide

One man was taken to the hospital after two pickup trucks collided Wednesday shortly after 12 p.m. near the intersection of South Main Street and Webb Road.
A Ford F-150, heading north toward Salisbury, hit the driver-side door of another Ford F-150 that was leaving BeBop’s Diner and turning left onto Main Street. The male driver of the truck leaving BeBop’s was taken to the hospital, but emergency responders at the scene said they didn’t think there were serious injuries. The driver of the other pickup, Rick Rowland of Gold Hill, said the other driver pulled out in front of him.
State troopers at the scene said they couldn’t release the name of the driver who went to the hospital because his family had not been notified of the accident.