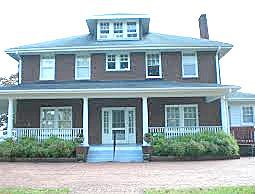 Cooleemee — Saturday’s 23rd annual Cooleemee Textile Heritage Festival at the Zachary House and grounds celebrates the contributions of Cooleemee and its people — cotton mill people. It is, in part, a way to pass on the history and heritage of the town to the next generation.
“This is a way of life that has now vanished,” says historian Jim Rumley. “It once formed a huge corridor that stretched through the Carolinas from Virginia to Alabama.”
Gates will open at 10 a.m. and close at 4 p.m. The festival will feature music, food, children’s activities and a cornbread contest. Crafters are invited to come and sell their wares. Booths are $35.
The Carolina Corn Bread Contest is looking for the best bakers around. There is no fee to enter, but those desiring to have their corn bread judged and win the first place prize of $100 (second place, $50), must be registered.
To register for the Carolina Corn Bread Contest or for a craft booth, call 336-284-6040 or come by the Zachary House at 131 Church St., Cooleemee.
Cooleemee is just 14 miles from Salisbury. The festival is presented by the Cooleemee Historical Association.
Auditions will be held Sunday at Lee Street Theater from 3-5 p.m. for those who would like to be the first to perform in central North Carolina’s premiere of The Polar Express™ Train Ride.
Performances will take place Fridays, Saturdays, Sundays and some weeknights, Nov. 28 through Dec. 2.
Send an electronic head shot and resume to Lee Street theatre at info@leestreet.org
Auditions will be held at 329 N. Lee St. Call 704-310-5507 for details or email: info@leestreet.org
See Salisbury Post, Tuesday, Sept. 23, page 5A for character descriptions, or email info@leestreet.org

Stop the Silence NC is hosting its second annual anti-bullying community rally on Saturday at 110 S. Lee St. The 100 block of E. Fisher Street will also be shut down to be part of the rally. The event will go from 10 a.m. until 5 p.m.
The rally will be the first Bullying Awareness Festival that downtown Salisbury has ever had. The day of the rally is also a special day for many in Rowan County. It is the one year anniversary of Daniel Safrit’s passing.
The special musical guests are from Southern California. The band Galvanized Souls is traveling 3,000 miles to headline for the rally.
Along with many other festival-type attractions such as food, vendors, resources, games and activities for the kids, special guest speaker Colin from Colin’s Friends based in Michigan, will be talking to youth in Rowan County about his experiences with bullying and be an example of how things can get better when people rally together and stand in support for those who are victims.
Colin is a 11-year-old boy who became a viral explosion and appeared on national news media featuring his story. For his birthday Colin’s mother asked him “What’s your wish for your birthday?”
Colin’s response “I wish I had friends.”
Colin’s mother created a facebook page that went viral and now has more than 2 million likes. Good Morning America sponsored a trip for Colin and his family to Disney World and several other national morning shows have featured Colin’s story.
The support continued when Galvanized Souls saw Colin’s story and decided to feature Colin and his family in their music video for their song “Carry On.”
Saturday’s rally will be a day for local communities as well as local business to work together on awareness, education, prevention and empowerment.
For more information, email to stopthesilence@carolina.rr.com
La Fiesta de Rowan, a celebration of Hispanic/Latino culture, will take place on Saturday from 1 to 6 p.m. at the Civic Center, 315 S. Martin Luther King Jr. Ave. There will be music, food, a dance competition and more. See https://www.facebook.com/LaFiestaDeRowan for more information.
It seems appropriate that a season themed “Puzzles” begins with a pops concert. Typically, David Hagy, music director, ends a season with a rousing concert of familiar music, but this year, he begins with “March Madness!” When?
“When?” indeed! We all know “March madness” is a basketball event that happens in the spring. Ah, but this “March” madness is all about marching music! Therein lies the answer to that puzzle, “when?”
“March Madness!” will be presented on Saturday, Oct. 4, at 7:30 p.m. in Varick Auditorium on the campus of Livingstone College. Maestro Hagy has programmed seventeen marches, most of which are popular and easily recognized; toe-tapping will happen at this concert.
The first half of the concert will include orchestral marches; i.e., the March from Love of 3 Oranges by Prokofiev, Verdi’s Triumphal March from Aida, and Gounod’s Funeral March of a Marionette (perhaps better recognized as the theme from Alfred Hitchcock’s television series).
After intermission, American marches fill the program with Sousa and Joplin represented as well as “76 Trombones” from Music Man.
Concert tickets may be purchased in advance at any of the Symphony’s ticket outlets — Rowan County Visitors Center or Sidewalk Deli in Salisbury; Crescent Pharmacy (Rockwell); Pinocchio’s (Spencer); or Corriher Springs Florist (China Grove) — through the Symphony’s website, www.salisburysymphony.org, or by calling the Symphony office at 704-637-4314. The box office will open an hour before the performance begins. Season tickets may be purchased up until show time on the 4th.
Send a short description of your Halloween event along with the dates and times to timeout@salisburypost.com with Halloween in the subject line.
Events will be listed each week in the Roundabout section as space permits.
CONCORD — This all-star group of North Carolina musicians garnered national attention when its first recording reached #8 on the Jazz Week Chart.
Specializing in music from the time-honored Bebop and Hard Bop jazz eras, the quintet brings new life to classics from the Great American Songbook.
The concert is Friday, Oct. 3 at 8 p.m. at the Davis Theater in Concord. Tickets are $36.
For more information, call 704-920-2753 or visit www.CabarrusArtsCouncil.org
Deadline is Saturday for the Potters’ Mugapalooza at Randolph Arts Guild’s Sara Smith Self Gallery during November, featuring, celebrating and selling mugs. Show opens Nov. 4.www.Randolph ArtsGuild.com
Deadline is Friday and Saturday for the Mooresville Arts 32nd annual Artoberfest judged competition and art show. Intake is Friday-Saturday from 1-5 p.m. Details at www.MagArt.org