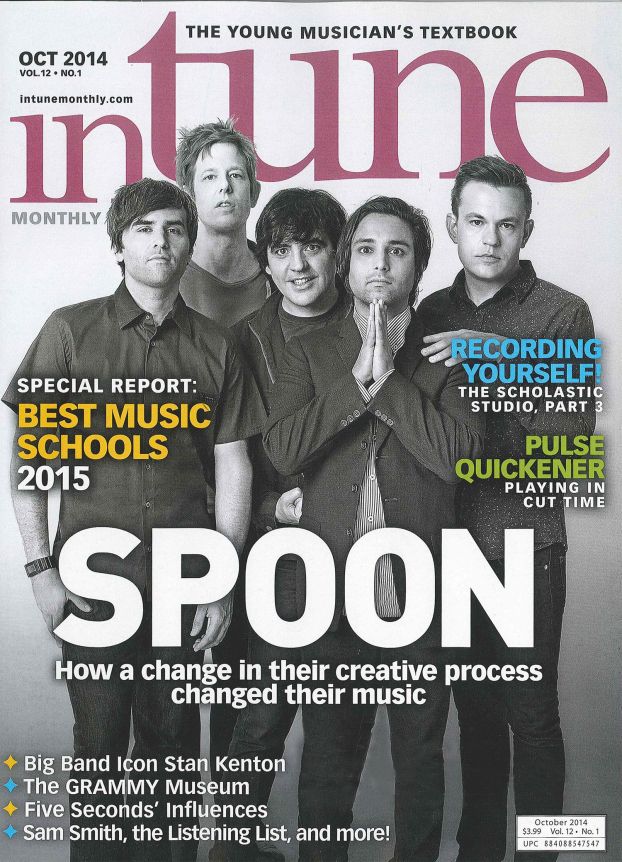 Again this year, In Tune magazine has included Catawba College as one of the nation’s Best Music Schools for 2015.
Catawba offers a bachelor’s degree in music with concentrations in music business, music education, music performance, popular music, sacred music and worship arts. It also offers a bachelor’s degree in musical theatre.
In Tune’s Best Music Schools 2015 special feature was included in the October 2014 edition of the magazine. In this special feature, high school students (the target audience for In Tune) receive advice from music professors and students who majored in music on picking a college or university music program that is just right for them.
Toni Crough, a 24-year-old, 2012 alumna of Catawba who majored in music with a concentration in music business, was one of the graduates who was profiled in the Best Music Schools special feature. Here’s how she responded to the question, “What was the most important thing you learned in college?”
“The most important thing I learned at Catawba College was how to interact with my peers and fellow musicians. I had the opportunity to work with so many different kinds of artists in a variety of musical genres. From jazz to hip-hop and everything in between. I was able to grow in depth and breadth as a musician and creatively explore music in a whole new way. Catawba’s hands-on approach really catered to someone like me. I always had the mentality that every musician must read and write music in order to major in music in college. But that’s not true for everyone.”
Dr. David Fish, who served as Crough’s advisor, chairs Catawba’s Music Department and directs the College’s music business program.
In Tune is a classroom magazine for music students, grades 7-12. It was founded in 2003 by veteran Billboard, Forbes and Business Week publishing executive Irwin Kornfeld, former musician, EQ and Gig magazines publisher Angelo Biasi and Grammy-winning music producer Will Edwards.