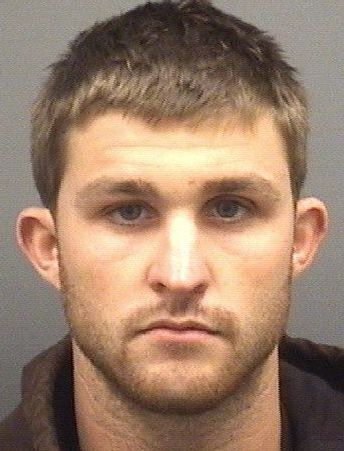 Three California brothers were arrested Tuesday in Rowan County and one faces more than a dozen charges, according to the Rowan County Sheriff’s Office.
Foryst, Gusty and Kanyon Souza were arrested by Rowan County deputies at a home in the 3000 block of Poole Road after authorities got a tip the brothers were there. The three, originally from Oakdale, Calif., each had warrants in Iredell County for separate incidents involving kidnapping, assault and injury to personal property.
The arrests were the end of a search that began July 15 when the Sheriff’s Office began looking for someone who had been living in a residence on the 2700 block of Poole Road in Salisbury. The landlord discovered damage to the residence, which had been rented to an individual named “Taylor Scheidel,” who had a California driver’s license. The renter had vacated the residence July 5.
Police discovered the “upstairs bedroom had been converted into a large scale marijuana growing operation, which had been disassembled and removed,” according to a press release from the Sheriff’s Office.
In a joint operation with the N.C. State Bureau of Investigation on Aug. 20, the Sheriff’s Office discovered several previous and ongoing marijuana-growing operations throughout the county. Evidence from that search connected the residence on Poole Street to Taylor Scheidel. The Sheriff’s Office eventually concluded that Taylor Scheidel was an alias for Foryst Souza, who they found had a lengthy criminal record in California.
Meanwhile, the Mooresvile Police Department and Iredell County Sheriff’s office were investigating three cases — one from Aug. 31, another from Sept. 2, and the third on Sept. 3 — involving kidnapping, assault by pointing a gun, assault on a female and injury to personal property. The agencies identified the three brothers as suspects in the Aug. 31 case and Foryst Souza as the suspect in the other two cases.
When the brothers were arrested Tuesday, they were each charged with obstructing a public officer. Foryst, 24, was arrested on 15 different charges, including 12 related to the warrants in Iredell. He was also charged in Rowan County with misdemeanor injury to real property and felony larceny. He is being held without bound on the kidnapping charge.
Gusty, 19, and Kanyon, 20, were each also charged with conspiracy related to the Iredell County incident on Aug. 31. They are being held on $10,000 secured bond apiece.
A warrant for Foryst’s arrest in Iredell County regarding the Aug. 31 incident says Foryst pointed a handgun at a woman, kidnapped her and threatened to kill her. It also says he pulled her hair and pushed her head against a wall. The warrant says he conspired with his two brothers in the kidnapping of the woman.
Another warrant states that on Sept. 3, Foryst assaulted the same woman. On Sept. 2, a warrant states, he damaged her cellphone.
A warrant issued in Rowan County states Foryst stole an air-handling unit worth $5,500 from the residence on the 2700 block of Poole Road.