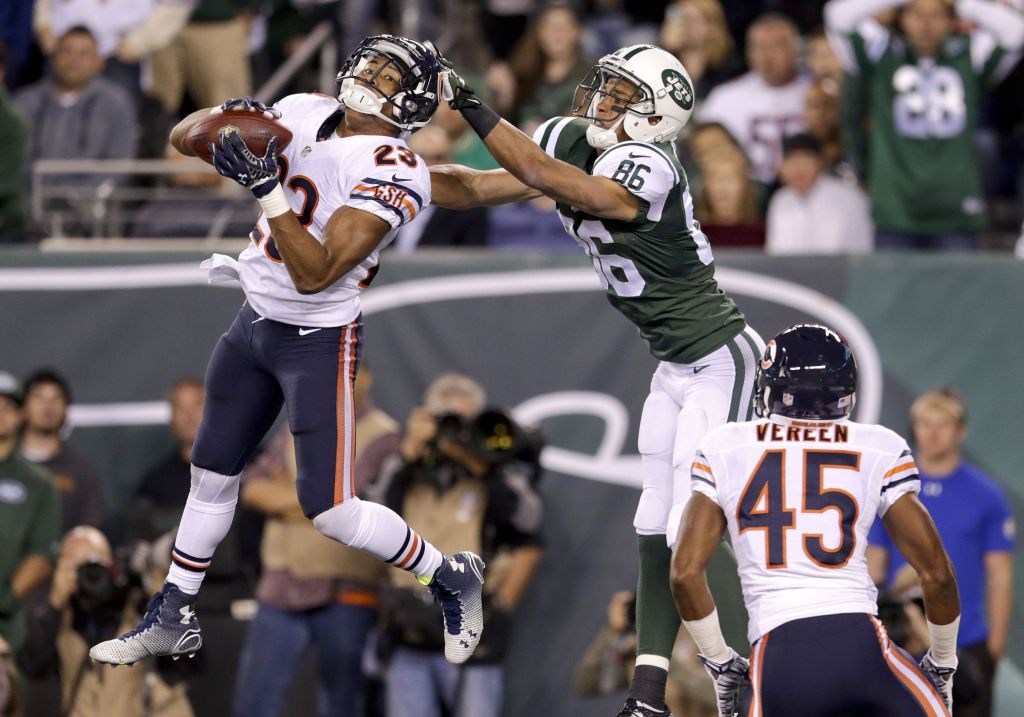 EAST RUTHERFORD, N.J. (AP) — Jay Cutler threw two touchdown passes to Martellus Bennett, and the Chicago Bears took advantage of some early mistakes by the New York Jets before holding on for a 27-19 victory Monday night.
Ryan Mundy returned an interception 45 yards for a touchdown on the Jets’ second play from scrimmage. After the Bears (2-1) recovered a fumbled punt a few minutes later, Bennett scored from 7 yards to take a 14-0 lead 5:06 into the game.
Cutler finished 23 of 38 for 225 yards and Alshon Jeffery caught eight passes for 105 yards for the Bears, who got a 45-yard field goal from Robbie Gould to make it an eight-point game with 3:10 remaining.
The Jets (1-2) had one last opportunity to tie, getting into Bears territory on Geno Smith’s 51-yard pass to Greg Salas. But Jeremy Kerley was out of bounds when he caught Smith’s desperation fourth-down heave.