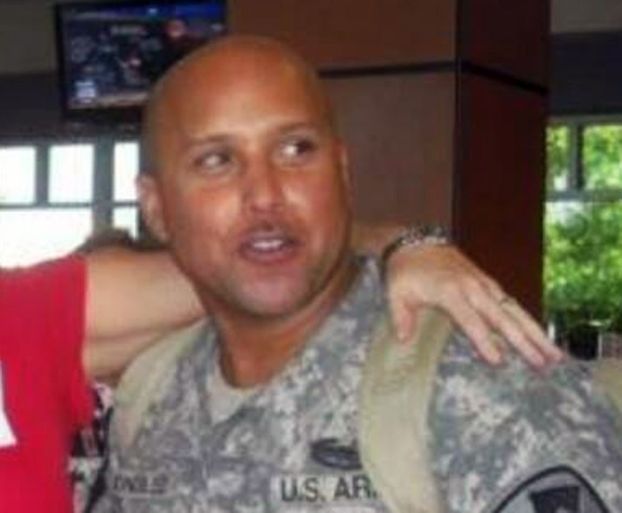 MIDLAND, Texas (AP) — An Iraq war veteran accused of scaling a fence and making it into the White House before the Secret Service stopped him posed no threat to anyone and needs counseling instead of prosecution, members of his family said Sunday.
Omar Gonzalez, 42, was arrested Friday and is expected in federal court today to face charges of unlawfully entering a restricted building or grounds while carrying a deadly or dangerous weapon — a small folding knife in this case.
Jerry Murphy, whose mother was married to Gonzalez for several years, said Gonzalez suffers from post-traumatic stress disorder and that he needs treatment. He said Gonzalez has been driving around the country and living out of his truck for the past couple of years, and that he always carries his knife.
“I know he’s got heavy artillery, you know?” Murphy added. “He’s got all kinds of weapons and he was trained to use them. I believe if he wanted to make a scene or cause problems, he very well could have. But it’s clear that he didn’t.”
The Secret Service has come under heavy criticism since the embarrassing security breach, which happened when the first family wasn’t at the White House. Secret Service Director Julia Pierson ordered increased surveillance and more officer patrols at the White House, as the agency investigates what went wrong.
The Army said Gonzalez enlisted in July 1997 and remained until completing his service obligation in September 2003. He reenlisted in July 2005 and served until his retirement in late 2012, serving in Iraq from October 2006 to January 2008.
The military does not provide details about a soldier’s disability due to privacy considerations. But Samantha Bell, who is Gonzalez’s ex-wife and Murphy’s mother, said Gonzalez was honorably discharged for medical reasons and suffered from plantar fasciitis on his feet, which had undergone some surgeries. She said he also suffered from PTSD, for which he had been prescribed several medications.
Bell said she and Gonzalez married in 2006 and lived together in Copperas Cove, near Fort Hood, until she split up with him in 2010 because of his worsening mental condition. After his second tour in Iraq, Gonzalez began carrying a .45 on his hip at all times and kept three or four rifles and shotguns behind the doors in their home, said Bell, who remarried and now lives in southern Indiana.
She said Gonzalez kept the blinds drawn and would repeatedly go downstairs during the night to make sure the doors were locked and the oven was off. She said she once woke up in the middle of the night to find Gonzalez standing at the foot of the bed and staring at her. She said he told her he was simply watching her sleep.
“Omar is a good guy; he’s just got some issues that he needs help with,” she said. “I think this is a cry out for help, what he’s done.”
Bell said she had never heard Gonzalez speak about the “falling atmosphere” that a criminal complaint says Gonzalez wanted to warn the president about.
Murphy’s sister described Gonzalez as a kind, gentle man who was scarred by war.
“He was the kind of person everyone liked,” said Rainie Murphy-Gandy, 24, of Midland, who lived with her mom and Gonzalez when he was based at Fort Hood. “He just started going downhill.”
Less than 24 hours after Gonzalez’s arrest, a second man was apprehended after he drove up to a White House gate and refused to leave, Secret Service spokesman Ed Donovan said, prompting bomb technicians in full gear to search the vehicle as agents briefly shut down nearby streets.
On Sunday, Secret Service spokesman Brian Leary identified the man as Kevin Carr, 19, of Shamong, New Jersey.
There were no indications the two incidents were connected.

But they only intensified the scrutiny of the Secret Service, which is struggling to rehabilitate its image following a series of allegations of misconduct by agents in recent years, including agents on Obama’s detail.
———
Lederman reported from Washington. Associated Press writers Lolita C. Baldor in Washington, Rick Callahan in Indianapolis, and Maud Beelman and Terry Wallace in Dallas contributed to this report.
———
Reach Josh Lederman on Twitter at http://twitter.com/joshledermanAP