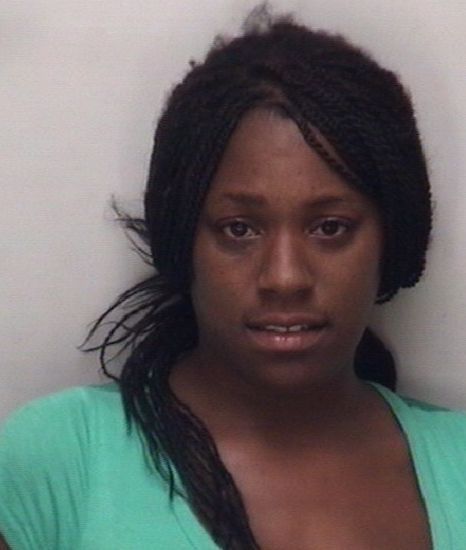 Police: Woman charged after she punched, bit another woman

Police say a fight between two friends sent one Salisbury woman to jail, charged with simple assault. The woman also became belligerent with officers and began cursing at them, a report said.
Police reports show it’s not the first time the woman has caused a disturbance this month. She was arrested on Sept. 10 following an incident on Victor Street.
Officers were called to 700 block of Lakewood Drive Saturday night for a disturbance of two women fighting. One woman told police she wanted “that b—- out of her car,” a report said.
The woman told police Candace Nicole Evans punched her in the face and bit her on the finger. The report said Evans continued to interrupt officers while they were trying to obtain information.
Salisbury Police charged Evans, 24, of the 200 block of South Clay Street with resist, obstruct, delay an officer; communicating threats and simple assault, all misdemeanors.
A report said Evans threatened to punch an officer in the face while at the police station.
Police charged a pregnant Candace Evans earlier this month following a disturbance in the 700 block of Victor Street. A report concerning that incident said Evans was belligerent and would not cooperate with the officer.
Evans remains in the Rowan County Detention Center under a $2,500 secured bond. She is currently on probation following a July conviction for felony credit card theft and misdemeanor assault.
Contact reporter Shavonne Potts at 704-797-4253.