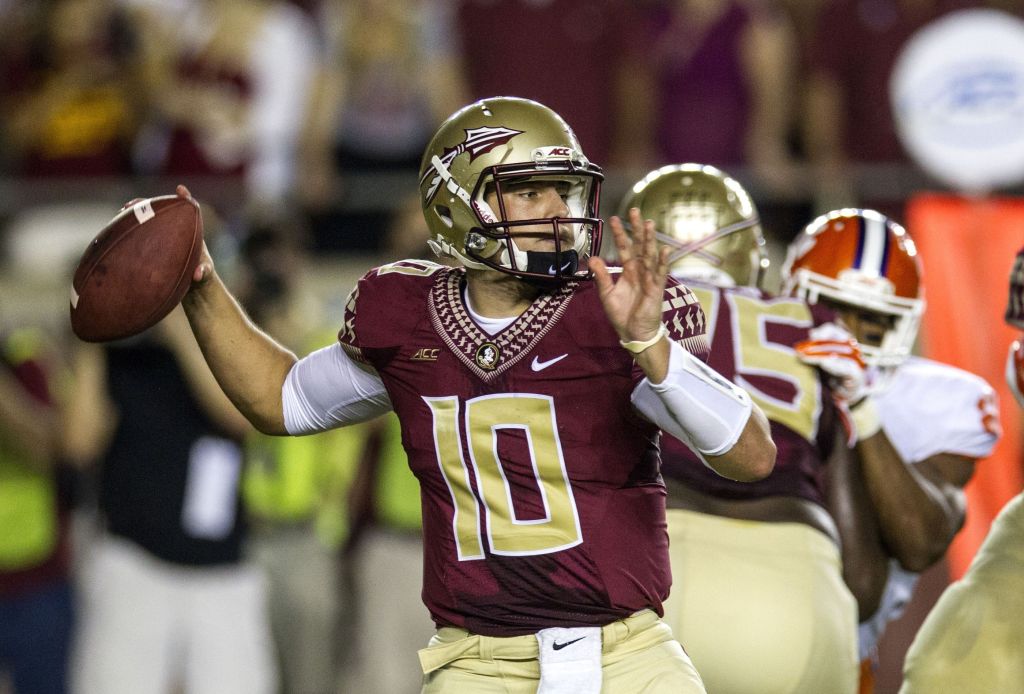 Associated Press
TALLAHASSEE, Fla. (AP) — With Heisman Trophy winner Jameis Winston watching from the sideline, No. 1 Florida State come back to beat No. 22 Clemson 23-17 in overtime on Karlos Williams’ 12-yard touchdown run Saturday night.
Winston was suspended for the game against No. 22 Clemson after making “offensive and vulgar” comments earlier this week on campus.
Clemson coach Dabo Swinney declined to attempt a 33-yard field goal on the first possession of overtime and Adam Choice was stuffed for no gain on fourth-and-1. Two plays later, Karlos Williams bounced outside and went untouched into the end zone.
Sean Maguire made the first start of his career with Winston sidelined. He was regularly pressured by a loaded Clemson defensive line and completed 21 of 39 passes for 305 yards with two interceptions and a 74-yard touchdown to Rashad Greene to tie it at 17 with 6:04 left in the fourth.