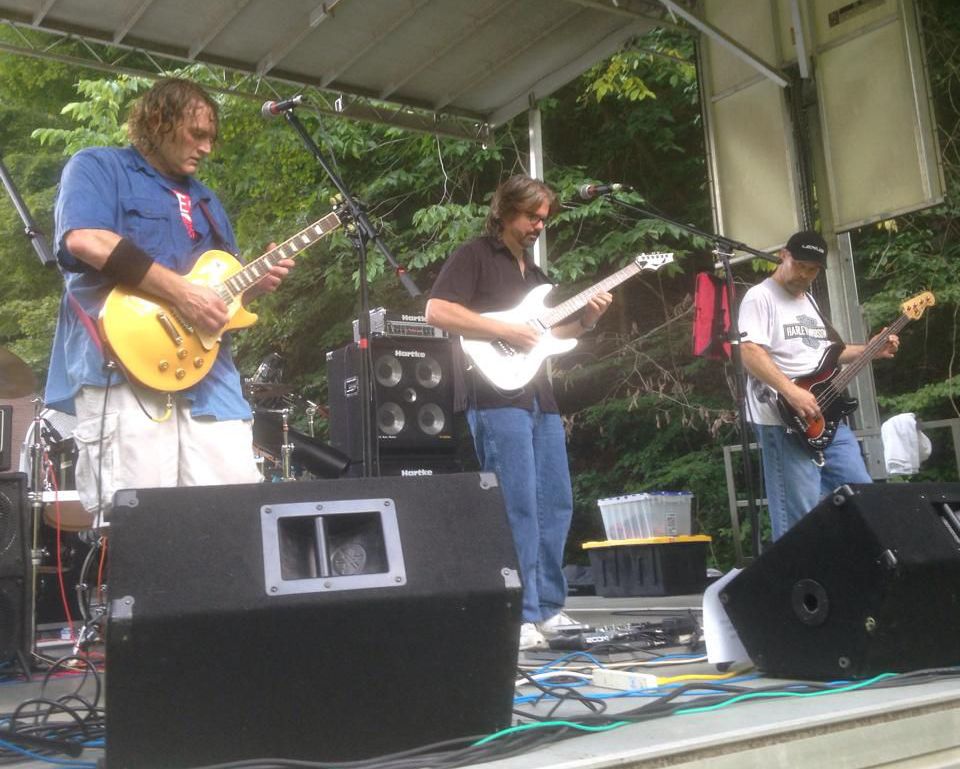 GOLD HILL — What was to be a one-time Saturday afternoon event at the Gold Hill Fire Department has grown into one of the largest community events in Rowan County. It’s hard to believe it’s been 25 years!
That first event was in 1989, and the Gold Hill community, like much of the state, was still reeling from the devastation of Hurricane Hugo. Nonetheless, folks came out in volumes to talk about Gold Hill and its history. Photos and artifacts from the 19th century mining days were on display at the Gold Hill Fire Department.
The outpouring of support for the first event was phenomenal. A quote from Charlie Helderman (oldest Gold Hill resident) at the time summed up the day’s attendance: “We had more people in town than we’ve seen since the 1930 train wreck.” (A steam locomotive pulling boxcars laden with ice was headed to the sand hills to pick up a load of peaches. It derailed at Gold Hill in 1930.)
With the huge success of that first event, it looked like it was prime time to resurrect the town’s reputation as a prominent place to visit and experience the rich cultural history of North Carolina’s gold mining capital.
Two weeks following that first event, a steering committee was formed to explore the idea of organizing a foundation to collect and preserve that cultural history. The event continued the following year on the same fourth Saturday in September and was formally named Gold Hill Founders’ Day.
The Historic Gold Hill and Mines Foundation Inc. was founded and became a nonprofit by 1992. The organization continues to host and promote Founders’ Day each year on the fourth Saturday in September.
Gold Hill Mines Historic Park was established on 16 acres donated by Billie Johnson of Salisbury and by 1990 became home to the Gold Hill Founders’ Day event.
The park today is a 70-acre historic theme park with the Russell-Rufty Memorial Shelter with a huge meeting hall, Gold Hill Jail, Bernhardt Family Log Barn, the Assay Office Museum, the Post Office Museum, Restored Powder House, a 19th century restored Chilean Ore Mill and an outdoor amphitheater with a 30-by-40-foot covered stage.
The park also includes numerous hiking and biking trails, utilizing the old mining roads and the railway corridor that linked the Barnhardt, Randolph and Miller Gold Mine Shafts, as well as the Gold Hill Pond. The railway corridor (Gold Hill Rail Trail) owned by the LandTrust for Central North Carolina has been developed through partnership with the historic foundation.
The Barnhardt and Randolph Gold Mines at the park gained 19th century fame as the richest and most productive gold mines east of the Mississippi. Their fame predates the Sutter’s Mill gold strike by almost a decade. Gold Hill’s rich history actually began with the first gold discovery there in 1824.
In celebration of the 25th Founders’ Day Anniversary, a banner with photos from the 25-year history will be on display by the bridge in the park during Founders’ Day. There will be space for signatures and comments. Please go by and check it out.
This year’s date is Saturday, Sept. 27. The event begins at 9 a.m. The park will be filled with artisans with all types of arts and crafts imaginable. The Heritage Living area will be filled with hit-and-miss engines, wood carvers, chain saw carving, blacksmiths, and more. Aaron Kepley, head interpreter at Reed Gold Mine State Historic Site, will be on hand to address visitors to the Miller Shaft/Chilean Ore Mill site.
The ore mill on display at the park is original to the site and is thought to be the only original with all gears still intact from the 19th century mining era in the southeast.
The Founders’ Day Parade will begin at 10 a.m., followed by entertainment in the amphitheater at 11 a.m. Music and clogging will fill the afternoon. The ‘History Hayrides’ will transport riders to the new Gold Hill Pond and Powder House loop through the 70-acre park. Scheduled rides will leave from the Post Office Museum/Assay Office Site across from the Old Stone Jail throughout the afternoon.
The shops in the Historic Village of Gold Hill adjacent to the park will be open, giving visitors a real look at what the bustling old town would have been like in the 1800s. Nick Dillingham from Cassopolis, Michigan, will teach an “Ash Log to Basket Class.”
The age old Native American craft is almost a lost art. Fees apply to participate. Numerous hit-and-miss engine demonstrations will take place throughout the day including demonstrations of a hit-and-miss wood splitter. A Civil War living history encampment will be set up on the grounds of the old log barn. Although there were no battles fought at Gold Hill, there were skirmishes between the troops throughout the state. The re-enactors will present a Civil War skirmish with interpretation at 5 p.m. The day’s activities end at 5:30 p.m.
Entertainment will include headliner Phil Hatfield & Under Surveillance from Teays Valley, West Virginia; former RCA recording artist Joe Blythe and Convicted Country from Marshville; Clog Carolina from Mooresville; Strings of Victory from China Grove; Brandon Bowles & Co. from Rural Hall; and Montgomery & Co. from the Montgomery Store’s Friday Night Jam.
Gold Hill Mines Historic Park is located at 735 St. Stephens Church Road.
More Founders’ Day information can be found online at www.historicgoldhill.com or by calling 704-267-9439.