Patterson camps introduce youngsters to life on the farm 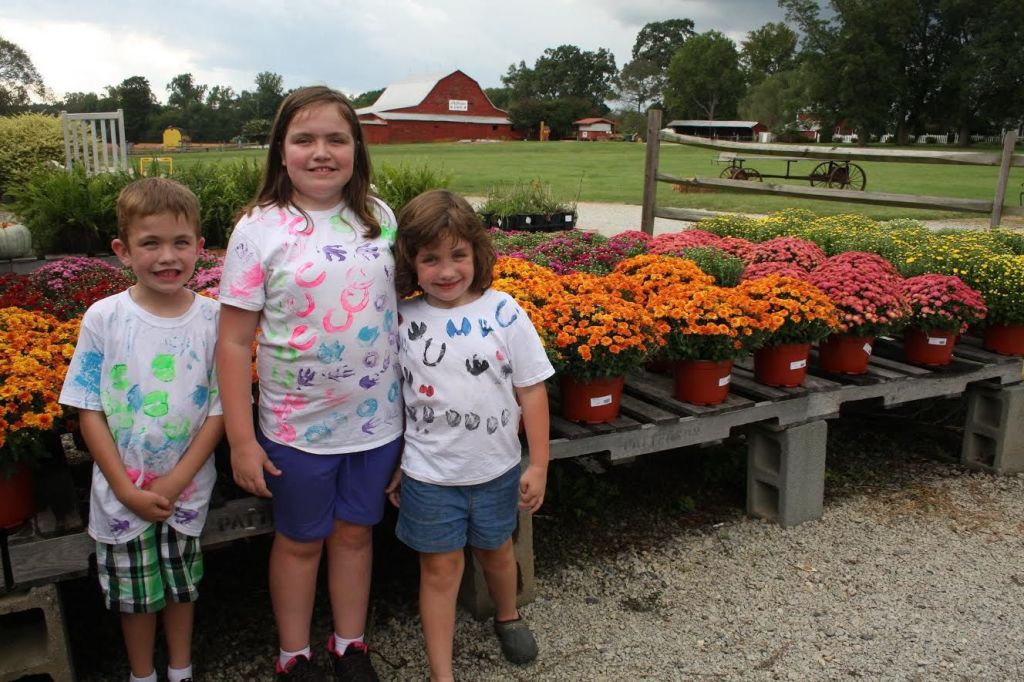 CHINA GROVE — This summer, Patterson Farm hosted a week-long farm camp so successful that three weeks are already on the calendar for 2015.

It was something owner Michelle Patterson had wanted to do for some time. She and husband Doug, along with Doug’s brother Randall and wife Nora, represent the farm’s third generation of farmers.

“We made it about learning on the farm,” Christi says.

Each day, children learned about a fruit or vegetable, as well as a farm animal. They gathered eggs. They fed the animals. They picked produce. They got really dirty.

The farm hosts a half-dozen tours, Christi says, and she and Hoffner incorporated those components into each day of camp, which ran from 8 a.m. to noon.

“We had lots of hands-on experiences,” Reber says. “We have a very gentle, very sweet group of farm animals.”

That includes baby goats and pigs, a calf, a donkey and her baby, and even an emu.

The children made homemade ice cream, birdseed ornaments and other arts and crafts. They ate watermelon on Water Day, then got wet on a homemade Slip ‘N Slide.

They went fishing and even had to dig their own worms.

“They were catching fish faster than we could pull them off the hooks,” Reber says. “There was no technology. They were unplugged when they were here. They were in the dirt.”

“They got so dirty that parents just brought a change of clothes for the children to wear home after the first day,” Hoffner says.

“It was the best camp ever!” Madison says.

What made it so good?

Thomas Corriher would definitely agree. The 8-year-old’s father, grandfather and great-grandfather grew up on a farm, but he lives in a Kannapolis neighborhood with his family.

“He loved it,” says his mom, Stewart Clement. “We wanted to go back for a second week. He loves to learn. He enjoyed being able to feed the animals and learn about them. All of it was hands-on. He didn’t sit idle. He definitely plans to go back next summer and wants to go for two weeks.”

The camp was open to first- through fifth-graders. Twenty-two youngsters attended the first week, which was so popular that the farm added another week and had 10 participants.

The counselors decided that next year’s camps will be limited to 20 children per week.

Hoffner and Reber agree that they’ll most likely have to add more weeks.

When asked why the camp was so popular, Reber says, “It was different. Nobody else is doing this.”

“You wouldn’t think that children who live in this community would have this much fun here,” Hoffner says. “They loved it.”

The two say they’re already getting ideas together and looking forward to next summer.