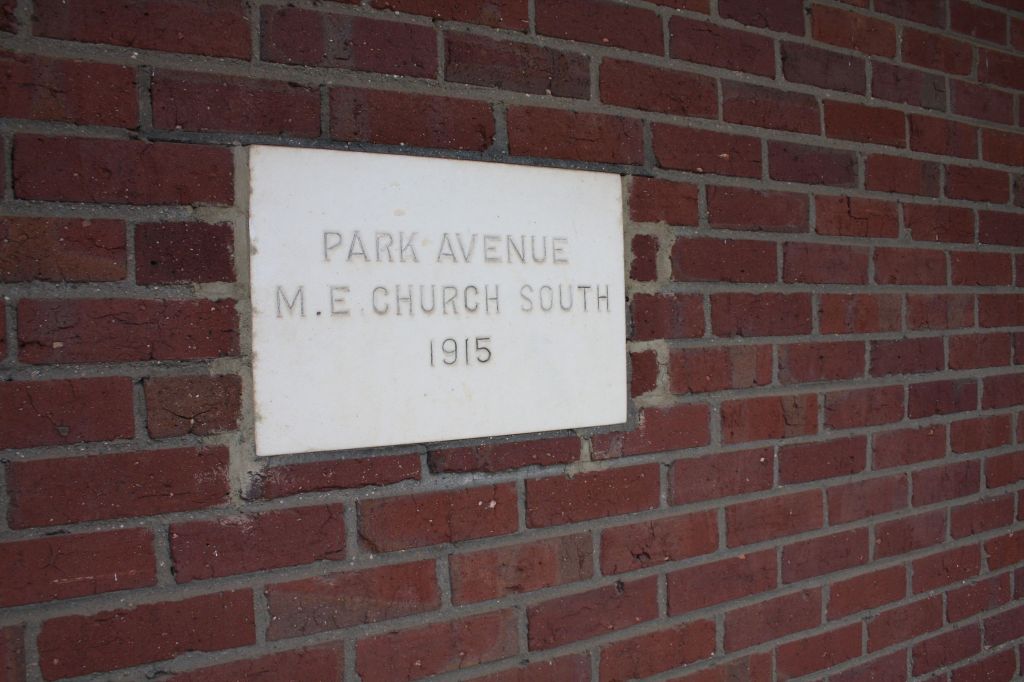 Park Avenue United Methodist Church, the congregation Hazel Clary and Darlene Drye attended nearly all their lives, closed earlier this summer.
There’s only one word to describe how they feel.
“It was heartbreaking,” Clary says. “It just crumbles your world.”
Clary has been a lifelong member of the congregation, and has seen the church decline in recent years to an attendance of about two dozen per Sunday.
“When you don’t get any new members and then the old ones die off, there you are,” Clary says.
Park Avenue was built in 1899, originally known as Holmes Memorial Methodist Church. Its educational building was added in 1940. The church was built on Park Avenue because of the mill that had been constructed there four years earlier. Tobias Kesler built Kesler Mill in 1895. J.W. Cannon bought the mill in 1924, and renamed it Cannon Mills Plant 7.
Four years ago, Park Avenue became part of a trio of local Methodist churches known as the Downtown Salisbury Cooperative Parish, according to Jack Kepley, lay leader at Coburn Memorial UMC. Main Street UMC is the other church in the parish.
“We operated as one unit with three locations,” Kepley says. “It’s worked out pretty good. All three churches, like a lot of churches now, had declining membership and income. We had too much property to keep up.”
Facility-wise, Park Avenue, was in the worst condition of the three locations, Kepley says, and so the decision was made to close it.
“Basically, the congregation was just tired,” says Dr. Sam Moore, the Uwharrie District superintendent. “They felt they could not sustain what they were doing. There are life cycles in churches. Some churches just don’t attract younger members. It is a bittersweet thing that happens. We try to celebrate the ministry that God has accomplished through them, but we also mourn with them.”
Moore says that the congregation never recovered from the 1992 murders of B.P. and Ruby Tutterow, who lived just across the street.
Kepley believes that the mill closing was more significant than anything.
“That was an important part of their ministry,” he says.
The church was one of 10 churches closed by the United Methodist Church in North Carolina, says Michael Rich, Web and communications manager for the Western North Carolina Conference. Of that number, three were in the Uwharrie District: Park Avenue and Yadkin United Methodist Churches in Rowan County, and St. Timothy’s United Methodist Church in Davidson County.
The conference has more than 1,100 churches with more than 290,000 members, Rich says, and notes that about 10 churches is average for closures.
The remaining members of Park Avenue were encouraged to attend the other two churches in the parish, Kepley says. “Some came to Coburn, but most went to Main Street, because it was closer to their neighborhood.”
Kepley says of the Park Avenue closing, “It’s a sad thing. There are so many memories of people who attended there. My wife and I got married there. But things move on.”
In November, Jack and Grace Kimball Kepley will celebrate their 65th wedding anniversary.
As for Coburn, Kepley says. “We’ve got 200 names on the roll and about 40 attend every Sunday. We’re gaining a little. We’ve got a good pastor. I think we’re gonna make it. Coburn has more members than Main Street, but attendance-wise, I expect we’re about equal.”
The Rev. Perry Bradshaw pastors both churches.
Coburn’s service starts at 9 a.m., with Sunday School at 10 a.m. Main Street’s schedule is reversed, with worship at 10:30 a.m.
“It works out well,” Kepley says. “I like that. We’re through at 11.”
Clary, who is Grace Kepley’s sister, has been attending Coburn.
“It’s still a Methodist church, and I know a lot of the people over there,” she says. “But it’s a big adjustment — leaving something you’ve known your whole life.”
She knows that the same situation is taking place at other congregations, but it doesn’t make it easier for her or Drye, or any of the other Park Avenue members.
“It’s the most heartbreaking thing I think I’ve experienced since my husband passed away,” Drye says. “I can’t believe it. I just can’t accept it, but I’ve got to. We’re been through so much at that church. It was just one big, happy family. All us old folks, we stayed there. It was just so devastating.
“It has hurt me so bad. I just can’t stand to go by there.”
Drye grew up three blocks from the church, but now lives in a different part of town.
“We were just all so close,” Drye says, “but for the past six or seven years, there were so few people who came on Sundays.”
Drye, 89, has been attending services at Main Street UMC, she says, because the worship service at Coburn starts too early for her.
“I haven’t joined that church,” she says, “but at my age, I better find one real quick.”
Freelance writer Susan Shinn lives in Salisbury.