App State lines up with opponent of similar size 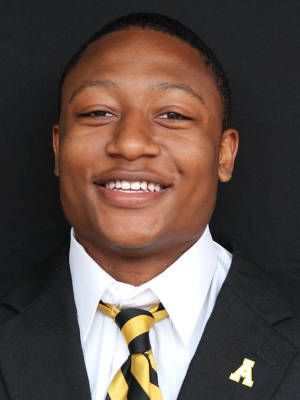 In Southern Mississippi, Scott Satterfield sees a program similar to Appalachian State. That’s not just in size, but in trying to rebound from a tough 2013 season.
“They are a little bit like us in that they struggled a bit last year, but they are getting better and better as we’ve seen on film,” Satterfield said Monday in a weekly conference call.
The Golden Eagles went winless in 2012 and lost the first 11 games of 2013. They snapped that 23-game losing streak with a 62-27 win over Alabama-Birmingham in last season’s finale.
The Mountaineers went 4-8 in 2013 before moving up to the Football Bowl Subdivision.
This year, the Golden Eagles are off to a 1-2 start. Their two losses came at the hands of Mississippi State and Alabama — both members of the SEC.
“Southern Miss has played two SEC opponents, that in itself is a challenging thing to do,” Satterfield said. “…I think they are certainly capable of (playing) winning football. Their defense played well against Alabama. I thought they held their own in the first part of that game.”
Appalachian State is going on the road to Hattiesburg, Mississippi, coming off a bye. After games at Michigan and at home against Campbell, Satterfield said the bye came at the right time for the Mountaineers. App State (1-1) spent the last week focusing on becoming more consistent and working on fundamentals, such as wide receiver blocking in the running game.
It also provided time for Appalachian to look in the mirror and figure out what it is and what it wants to be.
“We’re still trying to find out what kind of a team we are and what identity we have,” Satterfield said.
The identity might be running the ball. Running backs Marcus Cox and Terrence Upshaw have run for 311 yards and four touchdowns this season. Upshaw went over the 100-yard mark at Michigan and Cox did the same against Campbell.
“We have good backs we need to get the ball to, but we feel like we have a good offensive line,” Satterfield said. “If we get the running game going, we have as good a chance as anybody.”
Going forward, the Mountaineers will be without senior quarterback Logan Hallock. Satterfield said Hallock had surgery and is done for the season.
Follow Adam Houston on Twitter at @AdamRHouston.