Weddington rolls past Carson in match of top teams 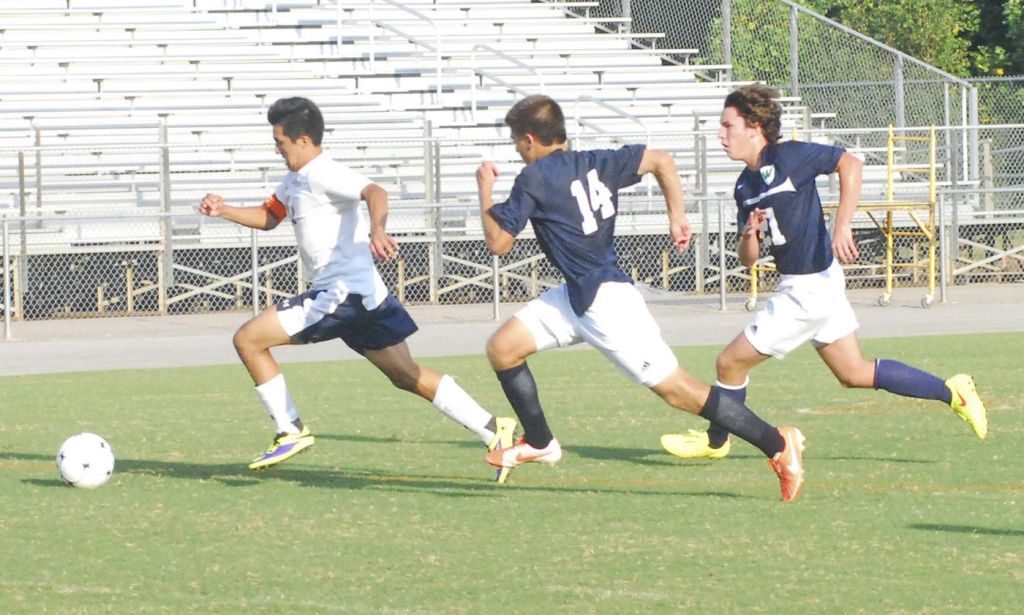 CHINA GROVE — Wednesday’s meeting between Carson and Weddington was a game between two of the top 3A programs in the state that didn’t look like it. Weddington, ranked No. 3 in the Eurosport Scoreboard 3A poll, was in control from the first whistle. The Warriors picked up a 3-1 victory over the Cougars, ranked No. 1 in the same poll.
“I feel like we got outplayed — outworked is how I would put it. ” Carson head coach Justin Buckwalter said. “I told their coach we definitely wanted to win, but we needed this.”
It was the first time this season Carson failed to put one in the win column. The Cougars (8-1-0) opened the year with wins over defending 3A state champion Marvin Ridge, South Iredell and Lake Norman, one of the top 4A programs in North Carolina. They coasted to victory in five consecutive South Piedmont Conference games.
“We were undefeated, and pride can kind of creep in,” Buckwalter said. “I don’t think it was, but it was good to see another team in our side of the (playoff) bracket that can play.”
If everything goes as expected, the Cougars and Warriors could meet again in the 3A state playoffs.
Weddington took a 2-0 lead in the first half. Mitchell Van Dyne scored the first goal 12 minutes into the game. The ball came to him when Carson failed to clear the ball out of its 18-yard box. With 8 minutes left in the half, Chris Ogrady played the ball short on a corner kick from the right side. Zack Wallace nailed a low shot from the wing past Carson goalkeeper Grayson Owens for a two-goal lead.
“I challenged them at halftime,” Buckwalter said. “I said, ‘Look. The first minutes we need a goal. If we get a goal, then we start to go.’”
Brandon Flores was the one to put the Cougars on the board. Flores fired a shot into the top of the net five minutes into the second half. Carson was down only 2-1 with plenty of time left on the clock.
Weddington (9-1-1) came right back with an answer that essentially sealed the game. Ogrady was on the receiving end of a through ball into the box, and he took a shot that Owens had little chance of stopping. The score was 3-1 with 32 minutes left in the game.
“To come right back in three minutes and score again, that’s killer,” Buckwalter said.
While the game was a loss, Buckwalter said the Cougars can still achieve their top goal — going undefeated in conference play. Carson is back on the field Thursday for a South Piedmont game at East Rowan. Buckwalter said coming back with a game the day after a loss is good because it “doesn’t allow it to sit in your brain.”
Follow Adam Houston on Twitter at @AdamRHouston.