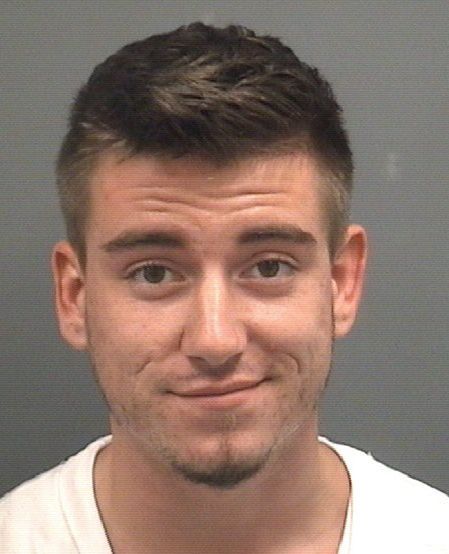 Authorities were able to tie headphones left at a home break-in to a Salisbury man who stands accused of entering his neighbors’ home while they were out earlier this week.
The Rowan County Sheriff’s Office charged Tommy Lee Gipson, 20, of the 100 block of Hallmark Circle, with felony breaking and entering and felony larceny after breaking and entering.
The neighbors told authorities they left their home Sunday, and when they returned around 6:30 p.m. they noticed some change that had been left on a counter was gone. The couple went to their room and discovered a can that was full that morning of more change was nearly empty.
The victims saw a pair of headphones lying on their bed, and the husband remembered seeing his neighbor, Tommy Gipson, with those same headphones.
The husband asked Gipson’s mother if the headphones belonged to her son, and she said they did. The victims confronted Gipson, who initially denied the headphones were his. A report said Gipson later approached his neighbors, asked for the headphones back and asked if they would not report the incident to authorities.
When law enforcement arrived at the Gipson home, his mother told them he left because he knew he’d be arrested.
She also said her son asked her if she had a $5 bill for a bunch of quarters. She told authorities she believed her son had been inside her neighbor’s home.
The next day, the victims found a quarter collection and wedding band missing.
A report said Gipson turned himself in to authorities on Tuesday. Gipson remains in the Rowan County Detention Center under a $10,000 secured bond.
Contact reporter Shavonne Potts at 704-797-4253.