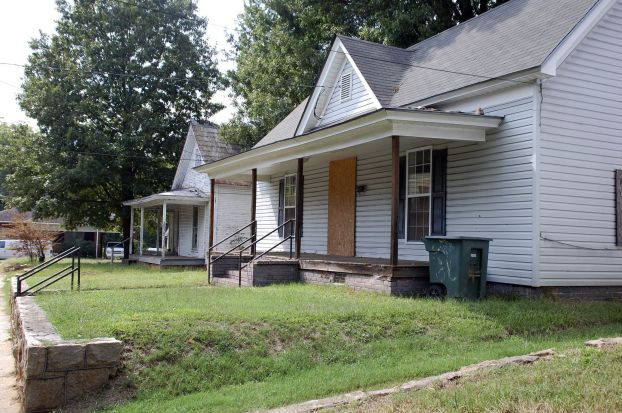 SALISBURY — As it continues to work with residents in the revitalization of Chestnut Hill, Historic Salisbury Foundation has asked the city to hold off on demolishing homes at 924 and 926 S. Jackson St.
Brian Davis, executive director of the foundation, said repairs could be done on the vacant properties for much less than the $5,000 estimated cost to the city for demolishing each house.
Historic Salisbury Foundation has been a key player in revitalization efforts in Chestnut Hill over the past 18 months, especially on South Jackson Street.
In the recent past, the foundation took options on and found new owners for two properties in the 800 block of South Jackson Street.
It now has an option on a house at 829 S. Jackson St. and last month purchased the house at 916 S. Jackson St., which is next door to one of the houses the city now wants to demolish.
“We’re still committed to that neighborhood,” Davis said.
The two South Jackson Street properties were among 12 Code Services Division Manager Chris Branham submitted to City Council Tuesday for action.
Council voted 5-0 to adopt ordinances ordering that the dozen properties — scattered in areas throughout the city — be repaired or vacated and closed, then demolished.
Branham said council’s approval will help several neighborhoods combat blight, and those properties brought to council represent some of the worst of 49 the city could take action on at present.
The other 10 properties on the list include 28 Knox St., 108 W. Steele St., 125 Lloyd St., 200 Todd Circle, 214 Chestnut St., 417 Livingston Ave., 728 N. Church St., 1216 Grady St., 1539 W. Horah St. and 1621 Bost St.
Branham showed photographs to the council of the conditions at each property.
Davis was not able to lodge his objections to the proposed demolition of the South Jackson Street houses until a public-comment period later on in the council’s agenda Tuesday.
Davis told the Post the South Jackson Street houses are quite similar to those now holding Emma’s and The Perfect Smoke on South Lee Street. He guessed they might have had the same builder.
Davis said the foundation agrees with the need to tear down the house at 214 Chestnut St. because it’s “too far gone.”
As for the South Jackson Street houses, Davis told the Post the foundation has tried to contact the owners by mail, but those letters came back as undeliverable.
Davis offered to have the foundation act as an advisor and even a court-appointed receiver of properties such as 924 and 926 S. Jackson St.
The foundation also would volunteer, when any structure is scheduled to come down, to salvage certain materials for resale and keep them out of the landfill, Davis said.
The Chestnut Hill neighborhood is having a meeting at 6 p.m. today at Stallings Memorial Baptist Church.