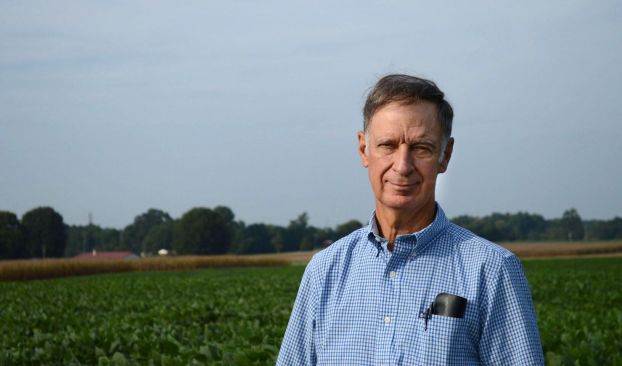 After taking a two-year break from the Rowan County Board of Commissioners, Raymond Coltrain is back at it — this time as an unaffiliated candidate.
Coltrain’s professional background is in agriculture, and he previously served as superintendent of the Piedmont Research station in Rowan County. He retired in 2003 after spending more than 30 years with various N.C. Department of Agriculture research stations, but remains a private agriculture consultant.
“There’s a type of contentment that comes with agriculture that you really can’t describe,” Coltrain said. “I thoroughly enjoyed my time in research.”
His first shot at being a commissioner was in 2006 as a Democrat, but he fell short by a few hundred votes. Coltrain tried again in 2008 and won a spot, running as a Democrat. He came in a close second to Carl Ford, now a state representative. All voting precincts that Coltrain carried in 2008 were concentrated in and around the Salisbury city limits.
Coltrain said the overly politicized nature of county government and an increasing workload contributed to a decision not to run when his term expired in 2012.
“It wasn’t an environment at the time that I could contribute in a way that I had hoped,” he said. “I feel that issues should be dealt with by using information pertaining to that issue instead of liking a certain group of people. That’s why I’m on the ballot as an unaffiliated candidate.”
Coltrain was the first to qualify of the three unaffiliated candidates running for county commissioner and said he would take an unbiased, logical approach if elected.
By improving relationships with other governmental entities and boosting Rowan County’s overall image, Coltrain said, commissioners could quickly see other positive results, such as an improved economy and school system.
“We are in a God-given location,” he said. “If we can manage our location and the resources that we’ve got here in a positive way, then companies will be more interested in coming. I’m an optimist; the glass may not be half full, but it’s always got some water in it.”
Coltrain said he couldn’t make a bevy of guarantees, but could promise two things — working as hard for the people of Rowan County as possible and being open and transparent about his decisions on the board of commissioners.
His focus on improving the county’s image and relationship may be interpreted as not having a plan, Coltrain said.
“When I was at the research stations, the overall goal was to identify the needs and identify ways to perform and get information out to farmers,” he said. “Then under that umbrella, we would say ‘let’s work on this specific type of feed.’ The specific issues will come from the (employees and Rowan County residents).”
If elected, Coltrain could quickly be faced with a decision on a multi-million-dollar, county-owned property in Salisbury — West End Plaza.
“I do not know that the Board of Commissioners went through the exploration process to say do we need it or will we need this much space in five years,” he said. “If they did not, then I think they made a mistake.”
His stance is that the county should look at the most effective way to use the former mall now that it owns the space.
“If the county departments need it, then sure, we’ll work toward that goal,” Coltrain said. “If not, then you go back and say ‘OK, let’s think outside of the box.’ In doing that, you have to involve people in the community and the people of Rowan County.”
The current crop of commissioners recently voted to conduct a feasibility study for a county-owned water and sewer system on the eastern side of Interstate 85. Commissioners could also be faced with a decision to build a county-wide water system when the study comes back.
Coltrain said conducting a feasibility study, depending on cost, is a positive way to gather information. He added that making the project a collaborative effort between city and county government could be the best way to build the water and sewer system.
“Sure, if it’s feasible, then we should see how it can be done,” he said. “I would engage in conversations with Salisbury-Rowan Utilities, because some arrangement could be more cost-effective and more efficient. There’s no question that if we can provide water to certain areas in the county, it would be beneficial, but you need to be open-minded in exploring it.”

Editor’s note: This is the second in a series of articles on the candidates for Rowan County commissioner, their priorities... read more