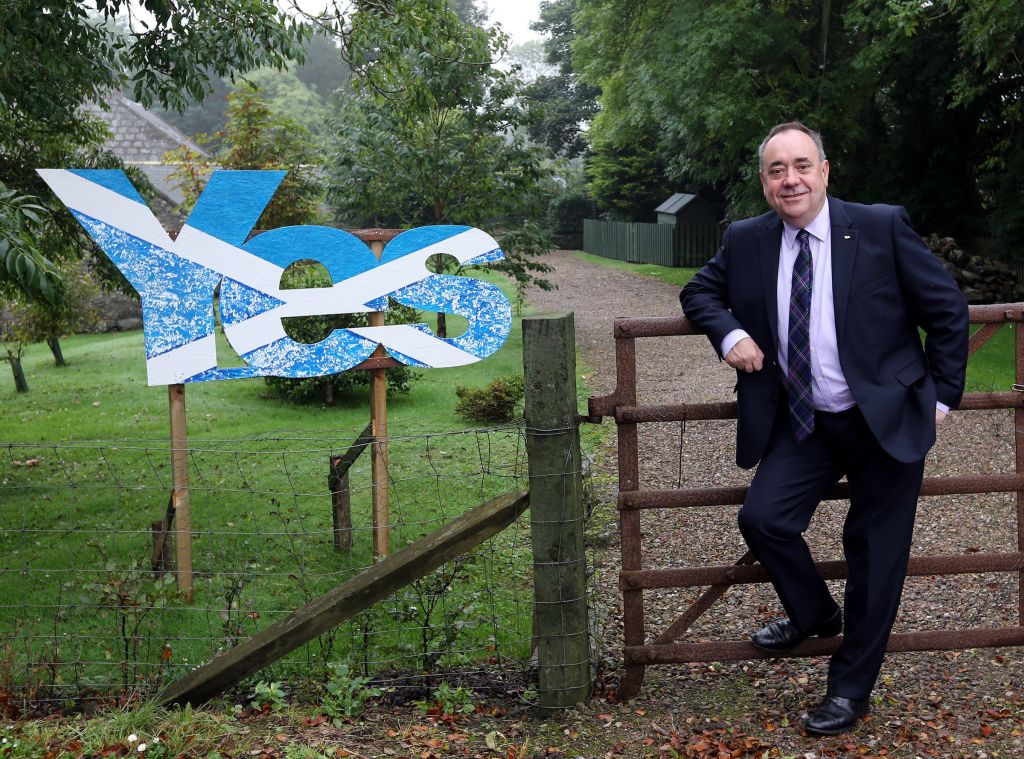 Your daily look at late-breaking news, upcoming events and the stories that will be talked about today:
1. A MOMENTOUS EVENT IN THE UNITED KINGDOM’S HISTORY
After 300 years together, the voters of Scotland have their chance to decide whether they should split from England, leave the U.K., and become an independent country or remain in the union.
2. WHAT AUSTRALIANS SAY THEY THWARTED
Police say they prevented a plot to carry out beheadings by supporters of the Islamic State group by detaining 15 people and raiding more than a dozen properties across Sydney.
3. SOME LAWMAKERS TORN ON ARMING SYRIAN REBELS
For senators up for re-election, standing with an unpopular president seeking to broaden a dangerous conflict with no certain conclusion is risky.
4. HOW U.S. BORDER PATROL AIMS TO BLUNT CRITICISM ON USE OF FORCE
AP’s Elliot Spagat finds that the agency has purchased body cameras and will begin testing them at its training academy.
5. OBAMA, UKRAINE PRESIDENT TO MEET
Petro Poroshenko, the leader of the embattled former Soviet Republic, will also speak to a rare joint session of Congress and seek increased military assistance.
6. BIOPSY CONFIRMS ROB FORD’S DIAGNOSIS
Doctors say the Toronto mayor will undergo chemotherapy treatment for a rare and difficult-to-beat cancer that forced him to drop his bid for re-election.
7. POLICE TROOPER KILLED IN AMBUSH TO BE LAID TO REST
Hundreds of law enforcement officers will gather in Scranton, Pa., for the funeral of a state trooper as a manhunt continues 35 miles away for the killer.
8. DANCE WORKOUT PUTS MOVES ON WOMEN’S SELF-ESTEEM
A former Miami Heat dancer has created the Vixen Workout, which features a nightclub vibe and women are encouraged to bring their girlfriends for what some see as a night out on the town.
9. REVIEW: DEVICES, APPS ACT LIKE ONE UNDER IOS 8
AP’s Anick Jesdanun finds that the new features in Apple’s software update for mobile devices can be boiled down to one word: unity.
10. ARREST OF CARDINALS PLAYER LATEST ISSUE FOR NFL
Jonathan Dwyer faces aggravated assault charges in connection with two altercations at his Phoenix home involving a 27-year-old woman and an 18-month-old child.