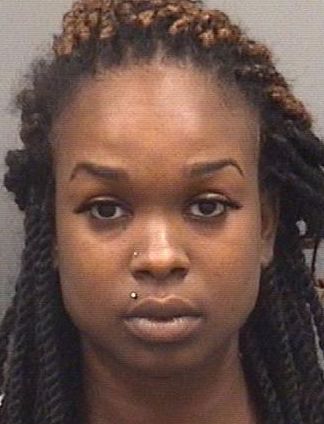 Authorities chased a Salisbury man who continued driving after police tried to pull him over for an expired registration plate, a report said. A woman was charged with obstruction, officials said, after she hid a handgun.
Salisbury Police charged Willie Clarence Peck, 27, of the 700 block of Victory Street, with felony possession of stolen goods, felony possession of a firearm by a felon, misdemeanor probation violation, misdemeanor hit and run property damage, and misdemeanor failure to yield for law, fire, rescue or ambulance vehicle.
Aisha Jamila Peterson, 23, was charged with misdemeanor resist, obstruct, delay an officer.
An officer tried to stop the vehicle Peck was driving at the intersection of Martin Luther King Jr. Avenue and Cemetery Street, but the vehicle continued until finally stopping at Martin Luther King Jr. Avenue and Bringle Ferry Road.
When the officer turned on his blue lights, the driver sped up, lost control and hit a parked car on Bringle Ferry Road, said Police Capt. Shelia Lingle. Peck ran into a nearby wooded area. The officer briefly chased Peck before calling for back-up. When the officer went back to the vehicle, he encountered Peterson, who was a passenger in the car.
A report said Peterson was attempting to get back inside the car after throwing a gun, which had been stolen, into the trash.
When the officer asked if the woman knew the name of the driver, she said that she only knew him by the nickname “T.”
She then told the officer the driver’s name was Trey Pound. She eventually admitted to tossing away the gun. Police were able to locate Peck and obtain his real name.
Peck was issued a $11,500 secured bond, and Peterson was issued a $500 secured bond. Both Peck and Peterson have since been released from the Rowan County Detention Center.
Willie Peck has been convicted of felony drug possession, misdemeanor possession of drug paraphernalia and trespassing.