Man who says ‘I smoked it all’ charged with obstruction 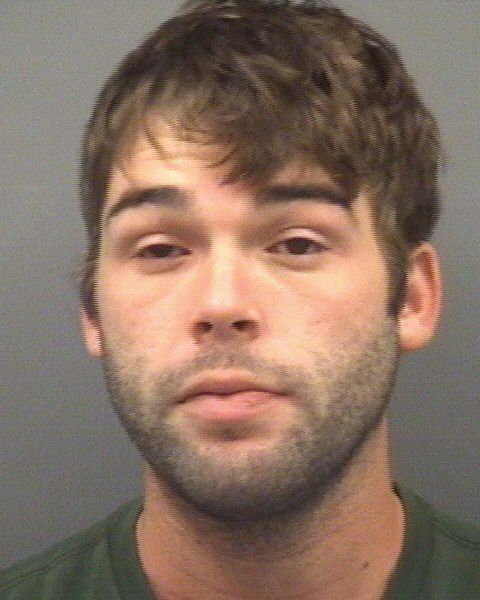 Authorities charged a man with misdemeanor obstruction after he walked up to an investigation already in progress and swiped some cigarette rolling papers.
Christopher Steven Furr, 26, was charged with resist, obstruct, delay an officer while the officer was in the middle of another incident. He was issued a $500 secured bond.
The deputy was driving in the 4300 block of Stokes Ferry Road when he saw a young woman walking on the side of the road who appeared to be intoxicated. The officer turned around to check on her and at the same time two other vehicles stopped.
A report said the deputy believed the young woman may have been involved in a domestic situation so he called her over to his vehicle. She initially told him she was not drunk but had been crying. She later admitted she “had a few beers.” The woman told the deputy she’d just left a party because some girls threatened to beat her up.
One man got out of a car and told the deputy the woman stole his girlfriend’s cell phone and they found it on her. He said the girls did threaten to fight the woman.
Around the same time, authorities said, Furr came up to the deputy smelling of alcohol and marijuana. The deputy asked if he had any more marijuana on him or in his car.
Furr told the deputy he did not because he’d already “smoked it all,” a report said.
Furr gave the officer consent to search his car. The deputy found a Mason jar with a strong marijuana odor and the rolling papers. The office placed the rolling papers on his trunk to determine if anyone had any outstanding warrants.
When the officer got back, the rolling papers were gone. The deputy asked if Furr took the rolling papers and he fished them out of his pocket. The woman called her mother to get her.
Furr has been convicted of common law robbery, drug possession, driving while impaired, assault by pointing a gun and driving while license revoked.
He has since been released from the Rowan County Detention Center.
Contact reporter Shavonne Potts at 704-797-4253.