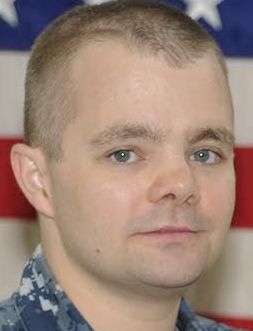 Albemarle native serving aboard one of Navy’s newest ships

BATH, Maine — A 2001 Albemarle High School graduate and Albemarle native is serving aboard one of the U.S. Navy’s newest and most advanced ships, the destroyer Zumwalt, which is currently under construction at Bath Iron Works in Bath, Maine.
Petty Officer 1st Class Quincy Fry is an engineman mate aboard the Zumwalt, which is scheduled to be commissioned in 2016. Once the Zumwalt is commissioned, it will receive the familiar United States Ship (USS) designation and become USS Zumwalt.
Built with a stealth-like design intended to reduce the ship’s radar profile, the Zumwalt’s futuristic appearance seems fitting given that the ship’s commanding officer is Capt. James Kirk.
The ship has advanced technologies in every area — engines, power systems, weapons systems, shipboard electronics and sensors — making it one of the world’s most capable ships. When at sea, Zumwalt will perform a variety of missions, including attacking targets on land with gunfire and cruise missiles, hunting and tracking submarines, airspace surveillance and support to special operations forces.
Longer than two football fields, the ship is 80 feet wide and weighs more than 15,000 long tons when fully loaded. Twin gas turbine engines can push the ship through the water at more than 30 knots. Zumwalt is named in honor of Adm. Elmo R. “Bud” Zumwalt Jr., who served as Chief of Naval Operations, the Navy’s most senior uniformed officer, from 1970-1974.
Fry said it is an exciting time to be in the Navy, helping to build a crew and a ship from scratch, something he never expected to be doing just a couple years ago. He also said he is proud of the work he is doing to help commission and man one of the Navy’s newest ships. As a 27 year-old with numerous responsibilities, Fry said he is learning about himself as a leader, sailor and a person.
“I’m especially proud of how my children have adapted and become better people because of my experiences in the Navy,” said Fry. “My kids have a bigger perspective of the world.”
“USS Zumwalt represents the beginning of another era of service for this great name,” said Kirk. “Just as Admiral Zumwalt helped shape our nation’s Navy as the 19th Chief of Naval Operations, this ship will help shape the future of surface combatants. The sophisticated new technologies incorporated aboard this ship, combined with its multi-mission capabilities, will ensure it is a relevant and integral part of our battle force for years to come.”

Though High Rock Lake will be half empty come October, the cup will be half full for lake fishermen this... read more