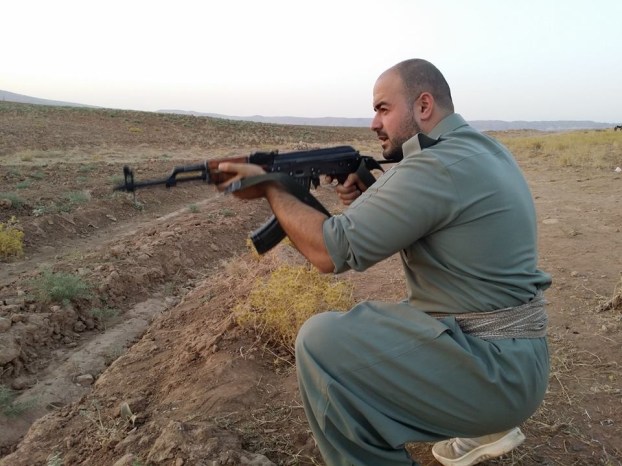 The Associated Press
Your daily look at late-breaking news, upcoming events and the stories that will be talked about today:
1. HOW U.S. RAMPS UP RESPONSE TO EBOLA
The Obama administration will assign 3,000 American military personnel to West Africa to support local health care systems and to boost the number of beds needed for victims of the epidemic.
2. AFGHAN SUICIDE BOMBER KILLS 3 NATO TROOPS
A Taliban attacker detonates his car bomb next to an international military convoy in Kabul, close to the U.S. embassy, leaving three dead and wounding nearly 20.
3. CONGRESS SCRUTINIZES OBAMA’S MILITARY STRATEGY
The president’s campaign to combat Islamic State extremists in Iraq and Syria has broad support among lawmakers but faces skepticism rooted in more than a decade of war.
4. EUROPEAN NATIONALS JOIN KURDISH FORCES AGAINST JIHADIS
While more than 2,000 Europeans are believed to have become members of the Islamic State group, a smaller number has left the continent to fight against militants with Peshmerga forces in Iraq’s Kurdish north.
5. WHAT UKRAINIAN VILLAGE HOPES FOR
Residents of badly damaged Novosvitlivka in the east brush away the question of who is responsible for its destruction and focus instead on how their community is to rebuild.
6. SCOTTISH MISTRUST OF CONSERVATIVES KEY IN CAMPAIGN
The party’s unpopularity in Scotland is now so great that it could prove to be the swing factor in this week’s independence vote.
7. STREET GANGS TONE DOWN USE OF COLORS, TATTOOS
This tactic is used to avoid being easily identified by police and witnesses, law enforcement officials say.
8. CHINESE-INDIAN TIES SIGNAL NEW POWER DYNAMIC
President Xi Jinping’s trip to New Delhi is a sign of warmer relations between the two Asian giants, opening a new chapter in China’s competition with Japan.
9. WHERE BRAZIL’S INDIGENOUS SEEK BETTER LIFE
Facing deforestation, they flock to urban areas, but frequently end up in slums.
10. WHO SUSPENDS MINNESOTA VIKINGS SPONSORSHIP
The Radisson hotel chain withdraws its support after star running back Adrian Peterson is charged with child abuse in Texas.