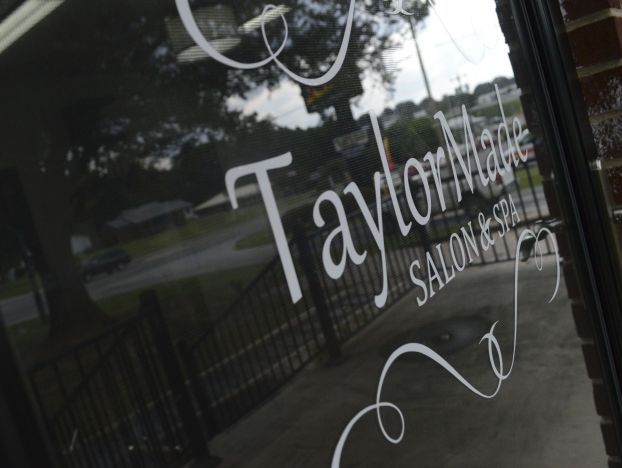 A business in South Rowan County is going through a name change to avoid association with a radical group in the Middle East.
A salon, located on North Cannon Boulevard south of Landis, recently changed its name from Isis Salon to Taylor Made.
The salon first opened in October 2013 with the name Isis. Brandy Skok, who runs the hair and skin care business with her daughter Taylor Knowles, said her intent was to name the business after a greek goddess by the same name.
“It was a good thing, not anything bad,” Skok said. “We started noticing the name more and more on the news. About two months ago, it started to get worse and I told Taylor that we needed to go ahead and change it.”
ISIS, a radical militant group in the Middle East, took over a swath of land in Syria and Iraq, claiming it as their own country. The group has recently posted several videos that show the beheadings of Western aid workers and journalists.
“It was completely coincidental and we decided that we didn’t want to be tied to that acronym at all,” Skok said. “On Aug. 31, we had already gone through the changes. It wasn’t but just a week later that the first beheading happened.”
Most of the name change is complete, with roadway and front door signs already changed to Taylor Made, but Skok said that a few final details need to be changed before the salon is completely rebranded. Everything from business cards to social media has to be switched to the new name, Skok said.
The business is located in the same house Skok lived in as a child. Though her family owned the house, Skok said the top level was vacant and unused, so it was a natural fit to open her businesses.
Like the building, Skok said the new name has family roots.
Skok said she chose to name the salon Taylor Made after her daughter, Taylor, but also to reflect the nature of the salon’s business.
“We customize your regimen for you as far as skin care and hair care,” she said. “As far as chemical peels and enzymes, I don’t just put one thing on everybody, it’s tailor made for their specific needs.”
Skok said many of the salon’s customers are pleased with the name change.
Contact reporter Josh Bergeron at 707-797-4246